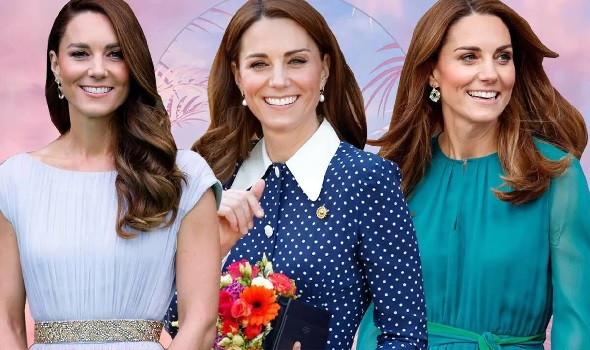 Years since Kate Middleton walked down the aisle at Westminster Abbey to marry her future king, Prince William. But before bagging the prince of her dreams, there were some other handsome bachelors who caught her eye. The couple’s love story began when they met way back in 2001, both students in residence at St Salvator’s Hall at the University of St Andrews. Shortly after, in 2003, they began dating, and announced their engagement in 2010 after a shock break up in 2007. Fast forward ten years and Kate Middleton is now the Duchess of Cambridge and has three cheeky and adorable kids with her husband Will. Here, we take a look at the men of Kate’s past who almost stole her heart.

Rupert Finch: Like her future husband, Kate met Rupert at university and the pair dated briefly in 2011. He was studying law at the time and is now a successful lawyer with three kids of his own, and good pals with Princess Eugenie and her husband Jack Brooksbank. Harry Blakelock: While Prince William proved to be Kate’s one true love, it’s believed Harry was her first love – and left young Kate “heartbroken” when things didn’t work out. The pair met while studying at Marlborough College in Wiltshire and it’s said the Duchess was “hung up” on the hockey captain when she jetted to Florence for a gap year in 2001. Speaking to the Mail on Sunday, a school friend previously claimed: “She spoke about him all the time and he seemed to have messed her around quite a bit. “He seemed to have blown hot and cold with her when they were at school and she was always talking about how she could get him back. “He was also in Florence at the same time but from what I can remember, nothing happened.”

Willem Marx: Kate reportedly had a fling with Willem at her prestigious Wiltshire boarding school, Marlborough. Although nothing came of it, they remained good friends, and were seen leaving Boujis nightclub in South Kensington in 2007. Willem, who studied Classics at Oxford University and has been a correspondent for CBS News, was also attended the royal wedding in 2011. He now has a son with his beautiful Italian television presenter wife, Johanna Botta.

Henry Ropner: Like any regular couple, Kate and William split up briefly in 2007, and in that time, it was rumoured that she was dating Henry Ropner, who was on hand to cheer her up. The wealthy hunk is the son of baronet Sir John Ropner and the family own a £33.7 million shipping management firm. He is now married to a businessman’s daughter Natasha Sinclair, according to Tatler, and lives in Thorp Perrow, an impressive Yorkshire estate, with their young family.