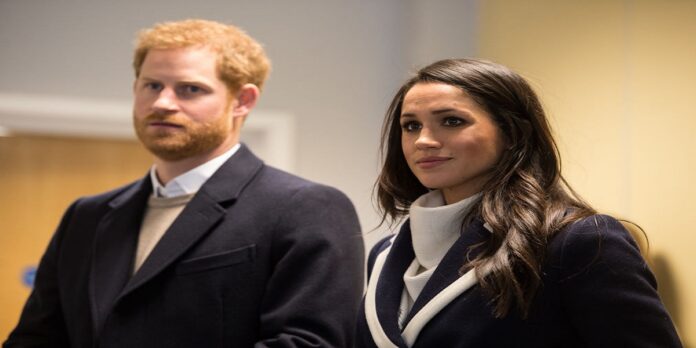 But following the death of Prince Phillip, Meghan then extends an olive branch and says SHE will forgive THE ROYALS.

She will forgive the Royals. She was the one who aired all the dirty laundry in an attempt to be the new Diana. And come off it, that interview with Oprah was rehearsed.

No, I was one of those who was pulled in by Meghan, and I was wrong.

Thing is, they could have remained popular. They were popular, until Meghan spat the dummy and carted Harry and Archie off to the USA for her own means.

It’s time for them to stop using their titles. They want no part of the royals? Then they shouldn’t have the privilege of using the titles The Queen bestowed upon them.

Yes, they are broke. Financially broke. Money is tight but they do not have a care in the world. Their intake is less than what they are spending out. No they will not go to debtor’s prison. They are wealthy with bank accounts in the millions, yet they are broke.

They are not financially well off and are poor compared to their friends. They have no income, no product, and no titles, to resort to. Without the titles they are nothing but common.

They are victims of their own impulsive behaviors. They tend to rush to judgements, without thinking the problem through thoroughly. They still representing the Queen, even though they are not living in England. They are connected to royalty.

Finding their freedom from British taxpayers and the Royal Family is never going to happen due to the codependency needs of the couple. Prince Charles recognizes their neediness and enables their dependency on him. Money finds a way to them from Prince Charles, who is a good father, to Harry. Consequently, they are still broke physically, mentally, financially, and morally.