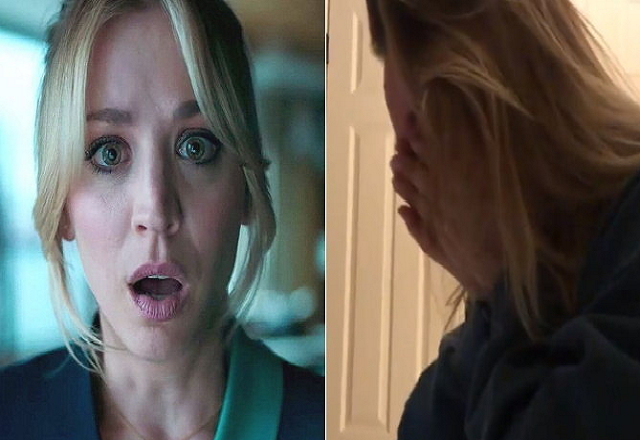 The Flight Attendant actress is still feeling the loss of her pup Norman.One year later, Kaley Cuoco misses her dog Norman more than ever.While on the set of The Flight Attendant season 2, the 36-year-old actress took a moment to pay tribute to her four-legged best friend on Instagram. In honor of one year passing since Norman’s death, Kaley shared a never-before-seen photo of her and her late pup enjoying each other’s company. In the black-and-white picture, posted on January 15, Kaley holds Norman in her arms while the two look directly at the camera.“Norman, can’t believe you have been gone a year,” she captioned it. “I’ll truly miss you forever 🖤 🐾 ‘A dog is the only thing on earth, that loves you more then [sic.] he loves himself.’” Kaley’s fans let her know that they were there for her too. “Thinking of you Kaley and sending love ❤️,” one person wrote. “He was so blessed to be yours. ❤️,” another added.On January 16, 2021, the Meet Cute actress announced the heartbreaking news that her canine companion had died. “💔 earth shattering deep gut wrenching pain I didn’t know was possible,” she wrote alongside two black-and-white photos of them together. “Norman, you were my entire world for 14 years. Thank you for smiling at me as you left this world, confirming for me once again our language was ours alone. You will always have my heart. 💔.”

Apart from her personal message, Kaley also memorialized Norman with a slideshow of pictures of them through the years on her Instagram Stories. In 2009, she crossed paths with the pit bull mix when he was 2 years old. “I knew right away, I wanted this dog to be in my life,” she told the Los Angeles Times in 2017.

Today, Norman’s legacy lives on via Kaley’s Instagram and her production company called Yes, Norman Productions. “This guy has saved me in more ways than I can explain,” she wrote about him in November 2018. Shortly after Norman’s death, Kaley opened her home to a senior dog named Larry.