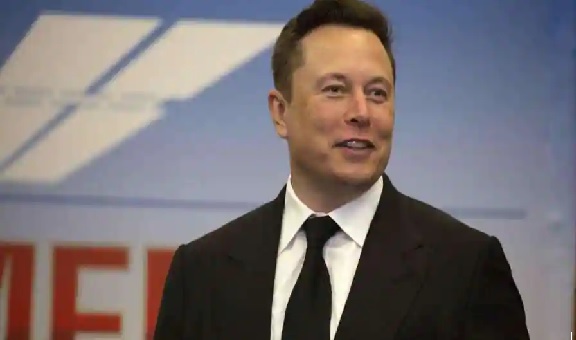 It’s impossible to tell if Elon Musk is serious about anything anymore. His image exists in a dichotomy between cartoonesque and genius. He’s simultaneously the richest man in the world and the patron saint of meme war veterans and shitcoin shillers. And he’s also a brilliant engineer and one of the most talented technologists in generations. All of this combines to make him, potentially, the world’s greatest social media troll.

His brand is excruciatingly simple, yet perfectly executed: no matter what he says, you’re always left wondering if there’s an “lol j/k” coming. There almost never is, especially when there should be.

Tesla AI might play a role in AGI, given that it trains against the outside world, especially with the advent of Optimus

Got plans next June?

Tickets to TNW 2022 are available now!

Artificial general intelligence (AGI) is the holy grail of computer science. Essentially, an AGI would be capable of anything a human is, given the same access.

But it can be incredibly difficult to discern the difference between “human-level” and a really good parlor trick.

Here’s an easy way to tell: it’s all parlor tricks.

When we think about OpenAI’s GPT-3’s ability to write original code or create cogent text articles, for example, it starts to feel like AI is becoming incredibly human-like.

But the ability to generate text or auto-generate computer code is only impressive at scale, and even then it’s not that cool.

GPT-3 is imitating human-like behavior, but it’s not acting like a human. In essence, GPT-3 is no different than a parrot.

GPT-3 is like a trillion parrots, all trained to say a unique phrase, waiting for their trigger word all at once. Except parrots are individually smarter than GPT3, which is in turn much faster.

To put this into perspective, let’s talk about Tesla‘s current AI capabilities and what it would actually mean for it or any other company to successfully solve and build an AGI.

Musk claims that Tesla’s “Dojo” could be the world’s most powerful supercomputer. It’s a bespoke system dedicated solely to training Tesla’s AI systems.

That probably sounds pretty amazing to Tesla fans. The world’s most powerful supercomputer was built just to train the world’s most advanced cars to drive themselves!

When you put the media hyperbole surrounding Dojo and Elon’s hype together, you get a bunch of people who are convinced that Tesla’s AI system are becoming more intelligent at an exponential rate. They believe their cars work just like RPG characters. If Dojo gets enough experience it will level up and become even more powerful!

If this were true, then it’s only a matter of time before Tesla’s AI becomes the most powerful entity on the planet.

And if you believe that’s what’s happening at Tesla, you’re out of touch with reality. That’s not how machine learning works.

The only people who truly believe that Tesla is legitimately going to surpass Google, Apple, MIT, Meta, Nvidia, IBM, and Microsoft when it comes to AI are people who’re either financially invested in the company or emotionally invested in Musk.

Tesla is late to the party

Think about it: Boston Dynamics has been working on making useful robots for decades. Many of the people responsible for creating the foundational algorithms and neural networks that Tesla is using are currently working for Facebook, IBM, Google, Nvidia, and Apple.

The sheer number of companies working in the robotics, autonomy, and machine learning space is staggering. And Tesla is far from being a leader in the AI space. Where IBM and Google have thousands of AI products on the market that help businesses and governments do everything from automating transportation and shipping logistics to providing real-time battlefield analysis and command and control capabilities, Tesla and SpaceX have a handful of narrow systems.

And that’s what makes Musk’s claims that Tesla “could” contribute to AGI all the more ludicrous. He may as well be saying that a power surge during a thunderstorm could contribute to a military robot becoming sentient.

AGI literally stands for “artificial general intelligence.” In the computer science world “general” means the opposite of “narrow.”

We’re essentially talking about the difference between a robotic arm that tightens screws and C3PO from Star Wars.

Credit where it’s due.

That’s not to say what Musk’s companies do with AI isn’t incredible. How can you not be stunned by Tesla’s ability to brute force level 2 autonomy using a vision-only approach?

And seriously, anyone who doesn’t get chills when they see a SpaceX rocket land itself probably doesn’t understand how hard it is to pull off such a complex feat.

And, laugh-out-loud, Elon Musk has already built an AI company solely dedicated to AGI. It’s OpenAI, the one that makes GPT-3! He co-founded it for crying out loud.

Did he forget about that?

Musk’s almost certainly trolling his fans. Especially the ones who appear to actually believe that Tesla is somehow the only company to ever come up with the idea of creating a domestic robot.

Glad the foundational seeds of AGI are in the hands of a benevolent company, led by someone who is aware of—and extremely cautious about—AGI gone awry.

A tale of two Elons

Maybe I’m wrong. Maybe Elon’s genius will strike again and he’ll shock us all. But it’s more likely his grifter side is drumming up “ooohs” and “ahhs” to help make it look like the recent price hike to Full Self Driving is an investment in something bigger than it really is.
Unfortunately, if you want the Elon Musk who made PayPal a success, pushed Tesla to become the greatest car manufacturer in the world, and revolutionized space flight, you also have to take the one who’s his own shill too.

This is nothing. In a few years, that bot will move so fast you’ll need a strobe light to see it. Sweet dreams… https://t.co/0MYNixQXMw