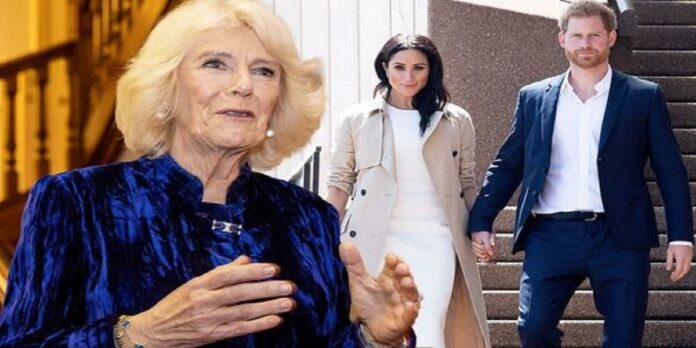 Tom Bower, who’s writing a biography of Meghan Markle, claimed that Camilla was also suspicious of the Duchess of Sussex.Writing in The Sun, Bower said ,”From the outset Camilla was suspicious about the adventuress from Los Angeles.

He wrote, “She found it hard to believe that Meghan would sacrifice her career and independence to serve silently as a team player devoted to the monarchy.”Queen Elizabeth recently announced that Duchess Camilla would be the Queen Consort when her son Prince Charles becomes the king.

Meghan Markle and Prince Harry are living in California with their two children after stepping down from their royal duties.