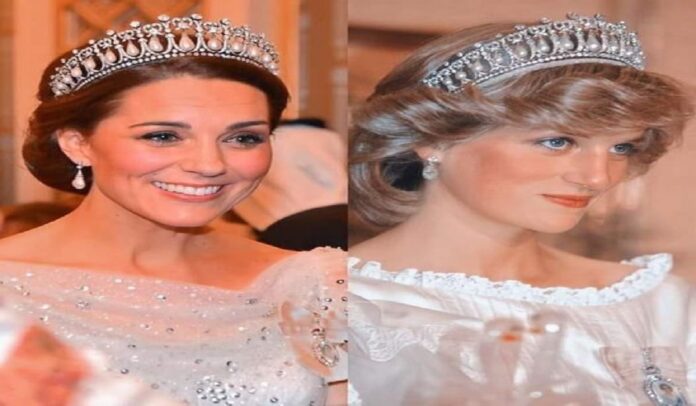 For those royal fans who aren’t aware, Princess Diana was known for her widespread charity work and her personal touch. But one of her most elegant gestures was to make an exceptional provision in her will for women she never met. It’s her sons’ wives — whom she planned to “have, or use” the jewels she left to William and Harry. 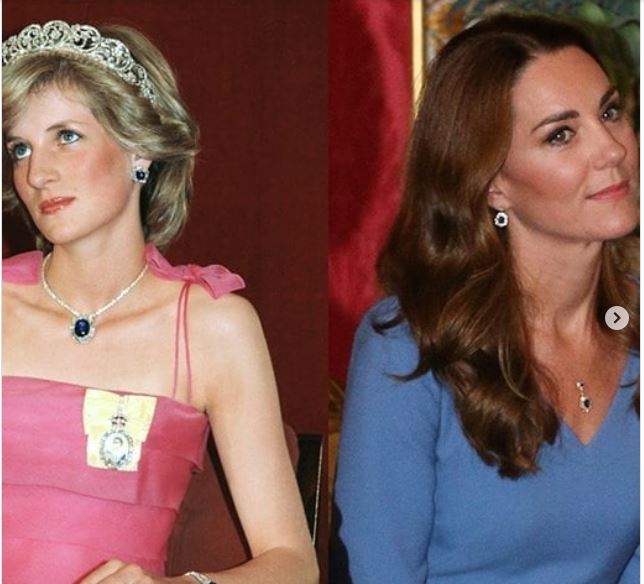 We all know what happened next, don’t we? Prince William and Prince Harry grew up and got married. Presently we’re witnessing Diana’s most iconic pieces — from bracelets to earrings to cocktail rings — on Kate Middleton and Meghan Markle. We are not certain if they have, in turn, gifted the pieces to their wives — or, er, simply lent them to their wives.
more:Why Kate Middleton and Prince William’s Marriage Will Never Be “Normal”

One thing we are sure of The pieces have taken on new life in a way that both honours Diana and moves the clock forward, fashion-wise. For all the occasions that we’ve deduced Duchess Kate was paying tribute to Princess of Wales, Diana, through her look and the timing of her outfits, we’ve never caught her say that explicitly — not do we expect her to, as that would be kind of awkward. But when it comes to jewellery, we do know exactly which pieces came directly from Diana’s collection, because Diana was, of course, the most photographed woman of her time. 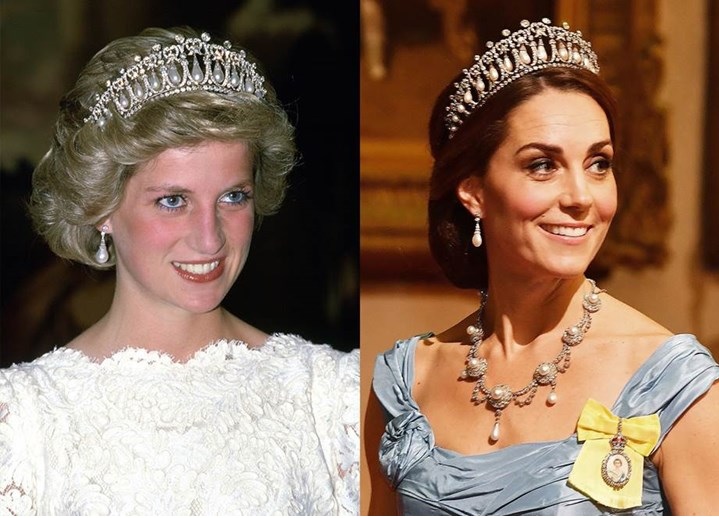 Diana’s Sapphire Engagement Ring: After Diana’s untimely death, rumour has it that William selected her Cartier watch from among her possessions to keep, while Harry accepted her engagement ring. When it came to proposing to his then-girlfriend, Kate Middleton, William reportedly swapped with Harry so that she could have the sapphire. The original ring was picked out of Gerrard’s catalogue by a 19-year-old Lady Diana Spencer. 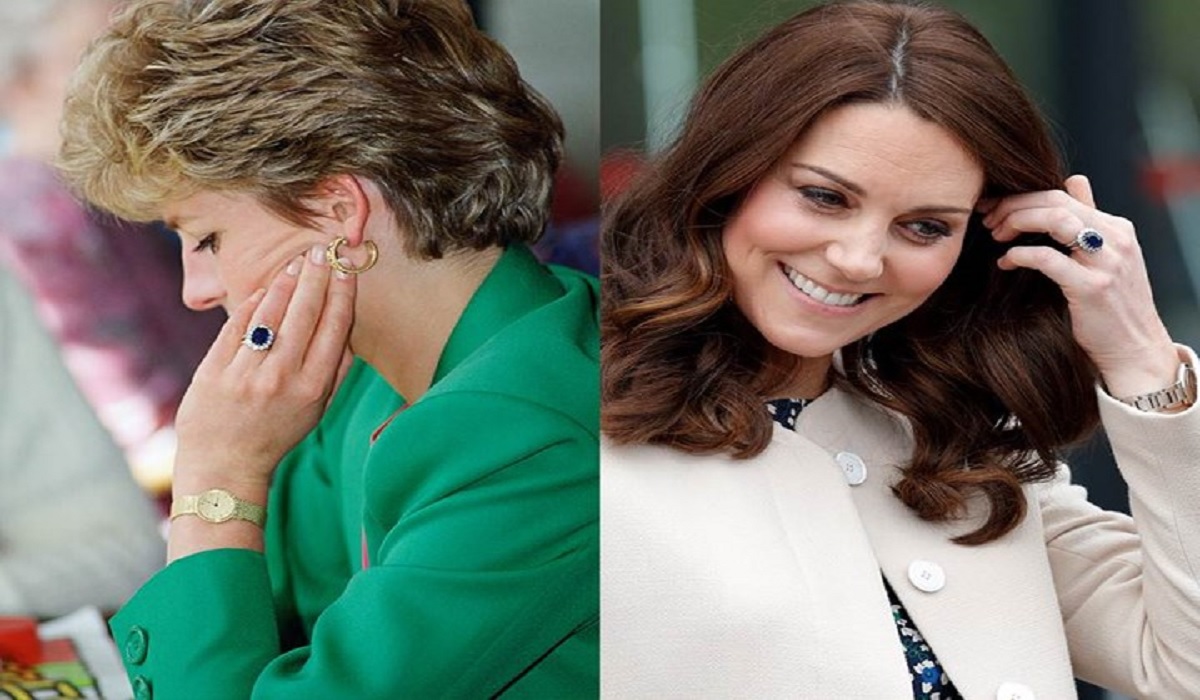 Diana’s Three-Strand Pearl Bracelet:During the Cambridge’s 2017 tour of Germany, Kate brought out Diana’s three-strange pearl bracelet, which was part of her pearl collection. 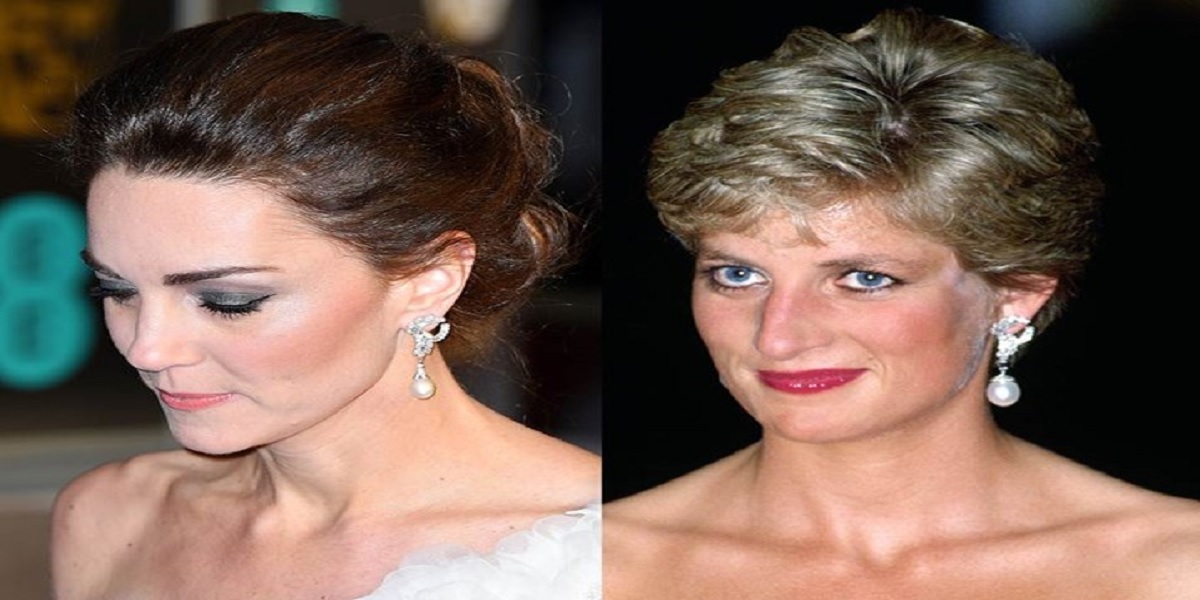 Diana’s Sapphire Earrings:As a wedding gift, the Crown Prince of Saudi Arabia reportedly gave Diana an entire suite of sapphire jewellery that included her iconic sapphire choker. Kate’s sapphire-drop earrings, which match her engagement ring, are reportedly a pair of Diana’s that have been re-set. 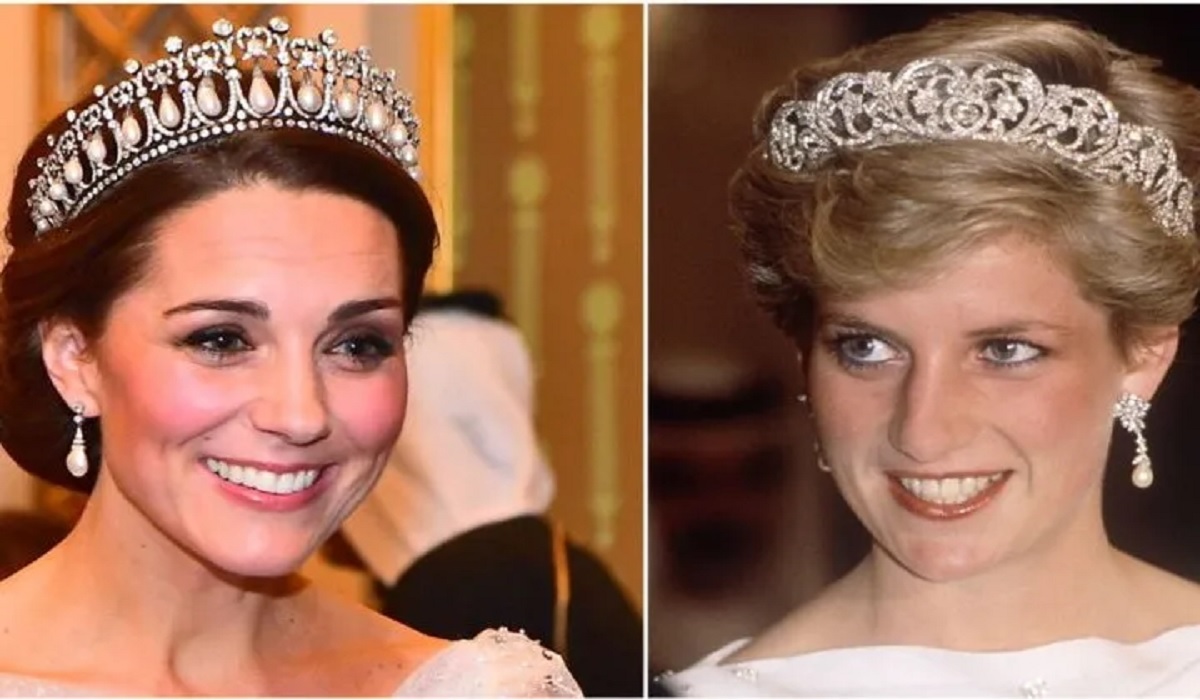 Diana’s Saudi Sapphire Necklace:When welcoming the President of Ukraine, Volodymyr Zelensky and his wife Olena to Buckingham Palace, Kate Middleton wore a new necklace that is believed to have come from the late Princess Diana. The piece, which had never been seen before, features a sapphire surrounded by diamonds and is suspected to date back to 1981 when Diana was gifted a set of sapphire and diamond jewellery by the Saudi royal family as a wedding gift.

If you liked the article, kindly share it with your friends, groups and family members
more:Prince Harry Was Reportedly Warned That Meghan Markle Would ‘Ruin [His] Life’