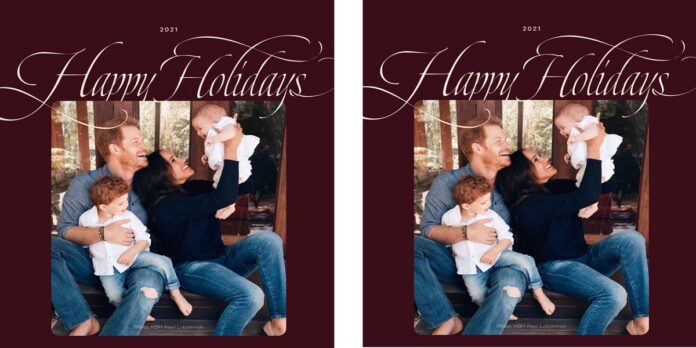 Picture of Queen recording Christmas message at Windsor Castle also made public, featuring a photo with the Duke of Edinburgh.The Duke and Duchess of Sussex have released the first picture of their daughter, Lilibet, with Meghan holding up the laughing child in an image on their Christmas card.

The photo, which also shows Prince Harry with curly haired Archie on his knee, was taken by Alexi Lubomirski this summer at the couple’s home in Santa Barbara, California. No images of six-month-old Lilibet, named after the Queen’s childhood nickname, have been released before now, and her two-year-old brother’s face has rarely been seen in public.