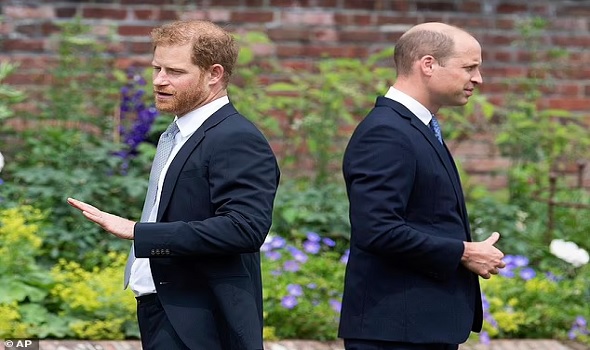 PRINCE HARRY “proposed that the Palace should rewrite the rulebook” following the success experienced by the Duke and Duchess of Sussex during their first joint tour to Australia, a book has claimed.

The Duke and Duchess of Sussex’s first tour abroad as a married couple was a stellar success. Over the course of 16 days, Meghan and Prince Harry carried out 75 engagements across Australia, Fiji, New Zealand and Tonga, where they were consistently welcomed by huge crowds.

In an extract published by The Sunday Times, the author sensationally claimed: “On October 23, one week into the tour, the die was cast.

“Harry and Meghan seemed to have convinced themselves that William was jealous of their success in Australia.

“The time was right for ‘change’. They needed to break out of Kensington Palace’s claustrophobic fishbowl.

“Harry proposed that the Palace should rewrite the rulebook.

“Rather than Meghan being a dutiful member of the supporting cast she should star as a campaigner, independent of the Cambridges and even of the Queen.”

The author also claimed that, “perhaps encouraged by Harry, Meghan appeared to conjure a fantasy that she could provide the leadership the monarchy required”.

He added: “Her activism would enhance the brand.

“To her staff, she gave the impression that she believed she personified the monarchy’s importance.”

Express.co.uk has contacted the Sussexes’ representatives at Archewell for comment.

Meghan and Prince Harry themselves touched upon their visit to Australia during their bombshell interview with Oprah Winfrey, broadcast in March last year.

Asked by the TV presenter whether he thought Meghan had been “well received in the beginning” by his family, Harry said: “Yes. Far better than I expected.

“But, you know, my grandmother has been amazing throughout. You know, my father, my brother, Kate and all the rest of the family, they were, they were really welcoming.

“But it really changed after the Australia tour, after our South Pacific tour.”

He continued: “But it was also the first time that the family got to see how incredible she is at the job. And that brought back memories.”

Ms Winfrey asked Harry whether he referred to the memories of Prince Charles and Princess Diana’s Australian tour in the early 1980s, which clearly showed the Princess of Wales’s popularity and, it was later reported, may have sparked the jealousy of the overshadowed Prince of Wales.

After the Duke gave Ms Winfrey an affirmative response, she prompted him to elaborate further, saying: “[The tour] where your father and your mother went there, and your mother was bedazzling. So, are you saying that there were hints of jealousy?”

He replied: “Look, I just wish that we would all learn from the past.”

He added the Duchess came “into the family so quickly” and “effortlessly” during the tour and was able to connect easily with people.

Meghan joined the Royal Family as one of its working members in May 2018, upon tying the knot with Prince Harry.

She immediately started working on causes close to her heart, and in January 2019 she acquired four royal patronages ranging from animal wellbeing to supporting women and gender equity.

The Duke and Duchess bowed out of the Firm as senior royals at the end of March 2020, and have since relocated to California.

In late 2020 they established their organisation, Archewell, which includes audio and video production companies and a non-profit foundation.

On top of carrying out charitable work and supporting causes they care about – such as mental wellbeing and female empowerment – they also struck deals as producers with Netflix and Spotify and Harry has become chief impact officer at mental wellbeing and coaching firm BettterUp.