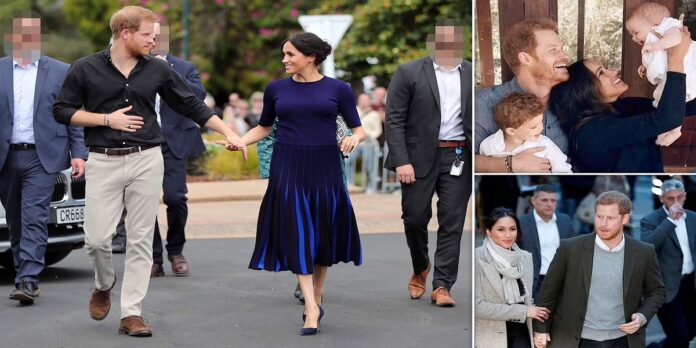 Prince Harry tried to keep details of his legal battle to reinstate his police protection secret from the public, The Mail on Sunday can reveal.High Court documents show he sought a far-reaching confidentiality order on documents and witness statements surrounding his case against the Government.

But the Home Office argued for transparency, saying ‘there must be a sufficiently good reason, in the wider public interest, to justify the departure from open justice that such an order involves’.

Both sides then agreed that some papers would be made public with the Home Office agreeing to carry out a ‘confidentiality exercise’ to determine what would be kept secret, even though it caused ‘an unprecedented expenditure of time and resources’.

When The Mail on Sunday last month revealed that Harry was suing the Government, his spin-doctors swung into action, briefing journalists that Harry was being denied the right to pay for bodyguards.

It led to inaccurate reports across the media, such as the BBC headline: ‘Prince Harry in legal fight to pay for UK police protection.’

As documents lodged at the High Court last week show, no such offer to pay was made in the Prince’s initial ‘pre-action’ letters to the Home Office, suggesting he expected British taxpayers to cover it.