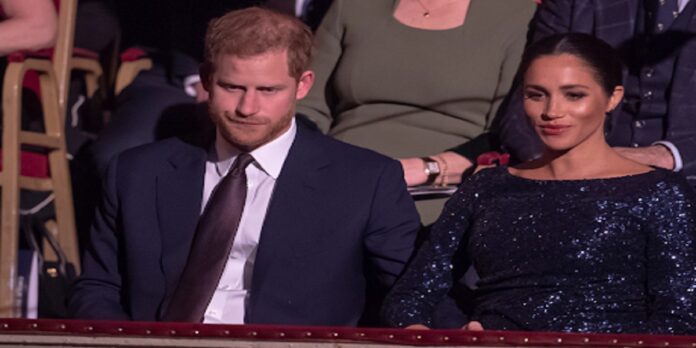 FOX NEWS hosts have ridiculed Prince Harry and Meghan Markle after the couple joined the protest against Spotify by raising concerns about COVID-19 misinformation on the platform. Fox News hosts and contributors have bashed Prince Harry and Meghan Markle after the couple voiced concerns about Spotify. In a statement earlier this week, the Duke and Duchess of Sussex said they were concerned about COVID-19 misinformation on Spotify amid growing outcry against Joe Rogan. Mr Rogan, who signed a £77m deal with Spotify, has been accused of promoting anti-vaccine conspiracy theories on his popular podcasting show.

However, in a sign of plunging support in the US for the couple, Fox News host Kayleigh McEnany hit out at the couple’s intervention. The former White House Press Secretary said that if Spotify had to choose between Joe Rogan or Harry and Meghan, “go with Joe every time”.

Speaking on the ‘Outnumbered’ panel programme, Ms McEnany pointed to Harry’s past criticism of the US First Amendment. Harry sparked an uproar last year after he said that he “did not understand the First Amendment,” even branding it “bonkers”.

Ms McEnany said: “He has concerns about Spotify but this is a guy who is anti-First Amendment.
“If Spotify has to choose between Rogan or Harry and Meghan, go with Joe every time.” Fox News contributor Leslie Marshall, a former radio talk show host, added: “I’m going to get cancelled for this. Here is the thing.

“I don’t really listen to anything Harry and Meghan say anymore.”I’m sorry, but since they jumped the pond and won’t let the baby see grandma – it bothers me! ”

Despite their concerns, Harry and Meghan remain “committed to continuing our work” with Spotify.
The couple signed a multi-year podcast partnership with the music streaming service in 2020.

So far they have only released one podcast episode on the platform so far, released in December 2020.On Sunday, an Archewell spokesperson said: “Hundreds of millions of people are affected by the serious harms of rampant mis- and disinformation every day.

“Last April, our co-founders began expressing concerns to our partners at Spotify about the all-too-real consequences of Covid-19 misinformation on its platform. “We have continued to express our concerns to Spotify to ensure changes to its platform are made to help address this public health crisis.

“We look to Spotify to meet this moment and are committed to continuing our work together as it does.”In response to the backlash, Spotify announced that it would put content warnings on podcasts that feature discussion about Covid.