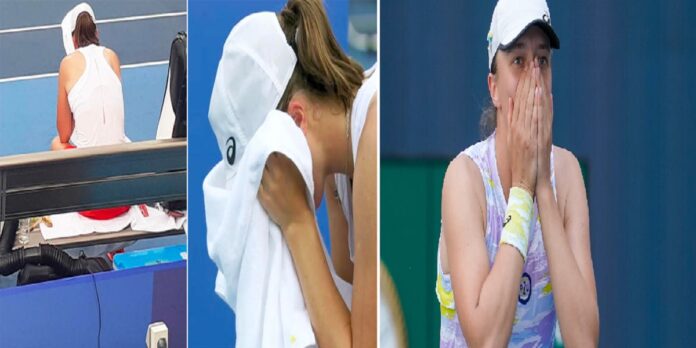 Iga Swiatek had already won major tournaments during the season, but she has achieved great results in this 2022 and the last San Diego win has given her the eighth title of the season. An extraordinary year with the record of victories and the conquest of Grand Slam tournaments such as the Roland Garros and the US Open.

Iga Swiatek spoke at the press conference and dealt with many topics, commenting among other things on the doping case relating to Simona Halep. The words in conference by Iga Swiatek Here are her words at the conference: “The conditions on the court are totally different and I have to adapt to the balls.

I have to put more energy and control the shots, in San Diego I was really comfortable with the balls and I didn’t think about it at all. However, the preparation went well and we did everything we had planned. Now I feel fresh and that’s what counts, I can give everything during the matches.

I must say that in this part of the season I am not training much and I also think about enjoying the games. The competition? I accepted that I can’t always be 100% competitive, sometimes you feel that Grand Slam tournaments are felt more than smaller ones but I want to win everywhere and I always give my best.

During my career I have perceived moments where I did not feel very motivated, I must say that especially when I was playing on grass I felt more confused than motivated. But the adrenaline remains the same.” Iga then commented on Simona Halep’s positivity to doping, announced in recent days: “It’s all very confusing because I never expected to hear that news.

I know Simona as a very correct person and I’ve always taken her as an example. a sad thing for me and I think for the fans, I hope it can be clarified soon.”