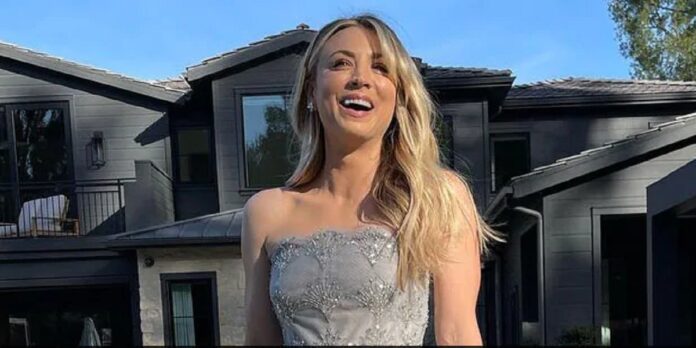 The former couple moved into the home in 2020. Kaley Cuoco has sadly split from husband Karl Cook after three years of marriage, and The Big Bang Theory star still lives in the megamansion they built together. Kaley met Karl in 2016 and they wed in 2018, but only moved in together after building their “dream house” in the Hidden Hills retreat of Los Angeles in 2020. The joint statement explained that their “paths have taken us in opposite directions,” and now it is believed Kaley lives there alone. 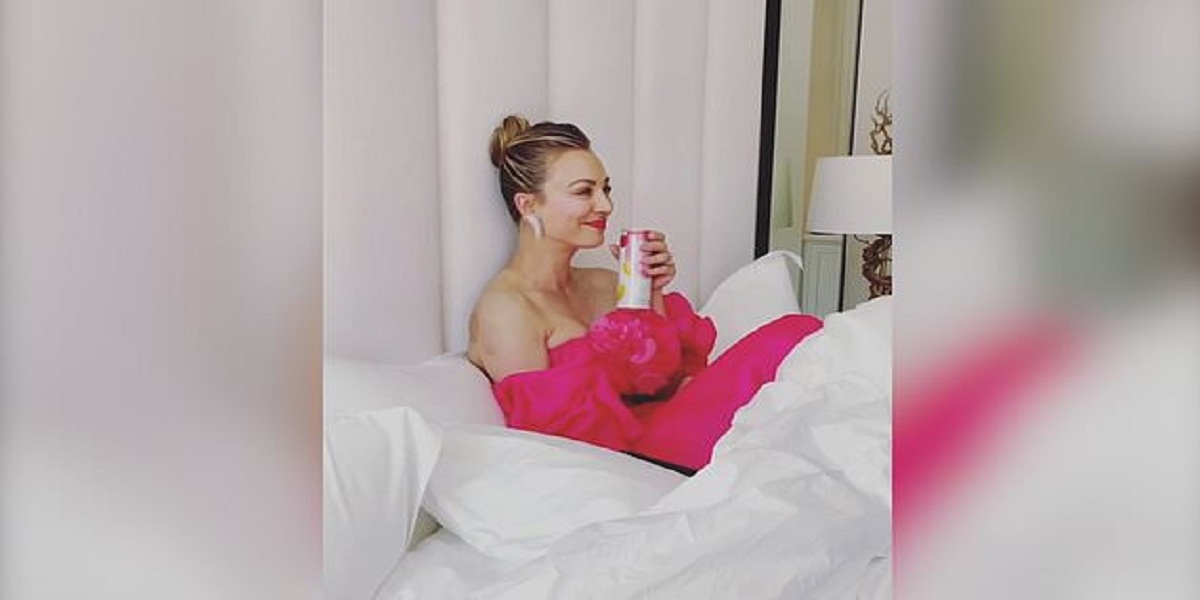 As Kaley joined the SAG awards from home, she filmed a video from her stunning bedroom. It is designed with white walls and natural wooden flooring, while furniture includes white cupboards built into the walls and a large bed with a tall white headboard. She also has a television mounted upon one wall above an electric fireplace with a marble surround, between two alcoves with exposed shelving. 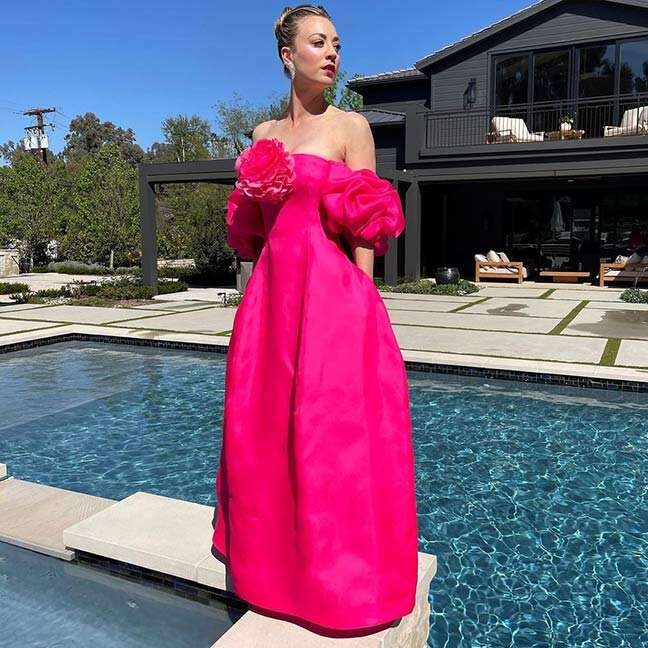 Kaley’s enormous backyard features a swimming pool with a separate jacuzzi section, as well as an enclosed seating area with wooden chairs and cream cushions. This shot also showed that the house has a black exterior, as well as a balcony for one room on the first floor. 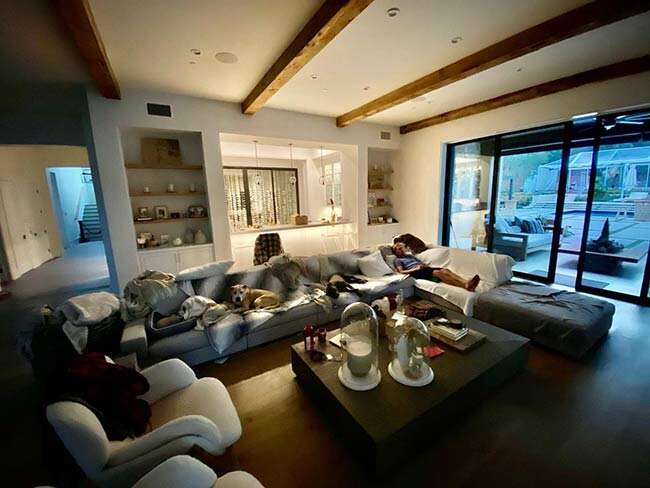 Kaley’s living room follows the same monochrome theme that runs throughout the house, with a huge L-shaped grey sofa dressed with white and black cushions and tie-dye throws, and white walls with alcoves with wooden shelves. 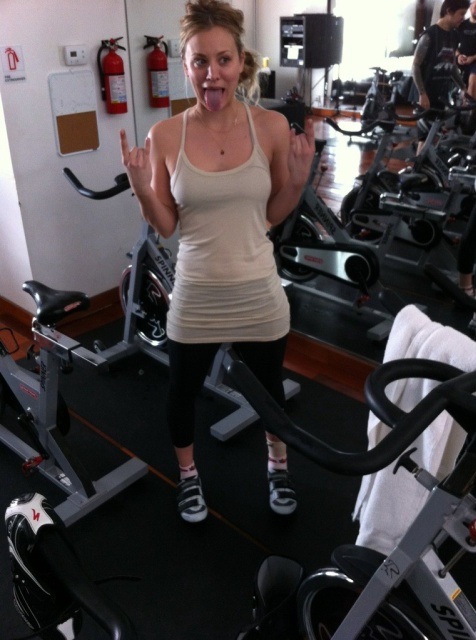 The lounge space opens up to the kitchen via a hatch with an island that features underlighting and three glass pendant lights overhead.The room leads out to the garden via sliding glass doors with black frames. 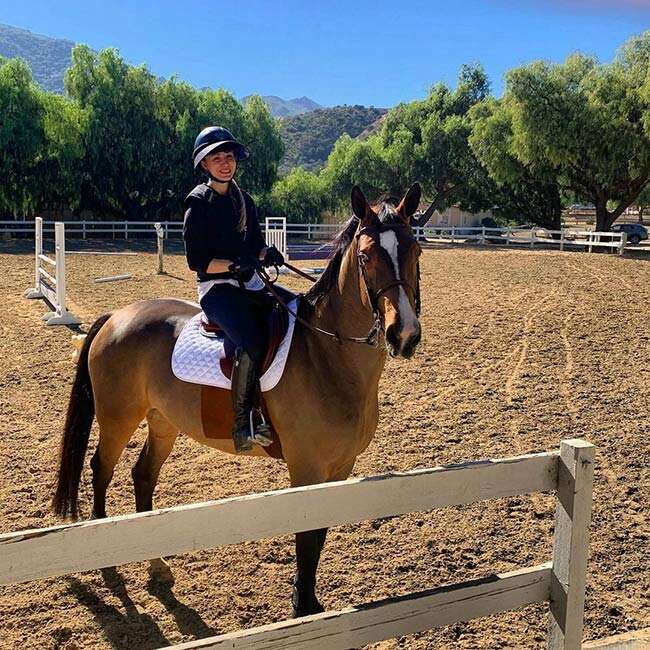 Kaley and Karl are keen equestrians, and their home boasts its very own horse ranch and stables.Kaley Cuoco’s home gym The actress shared videos that showed her partaking in a gruelling workout alongside her sister, Briana Cuoco, inside the garage. The pair were seen inside a futuristic-looking gym with special rubber flooring and grey cupboards, where Kaley peddled furiously on a static bike and Briana kept up the pace on a treadmill. In the room, there is also a VersaClimber and a small console table. 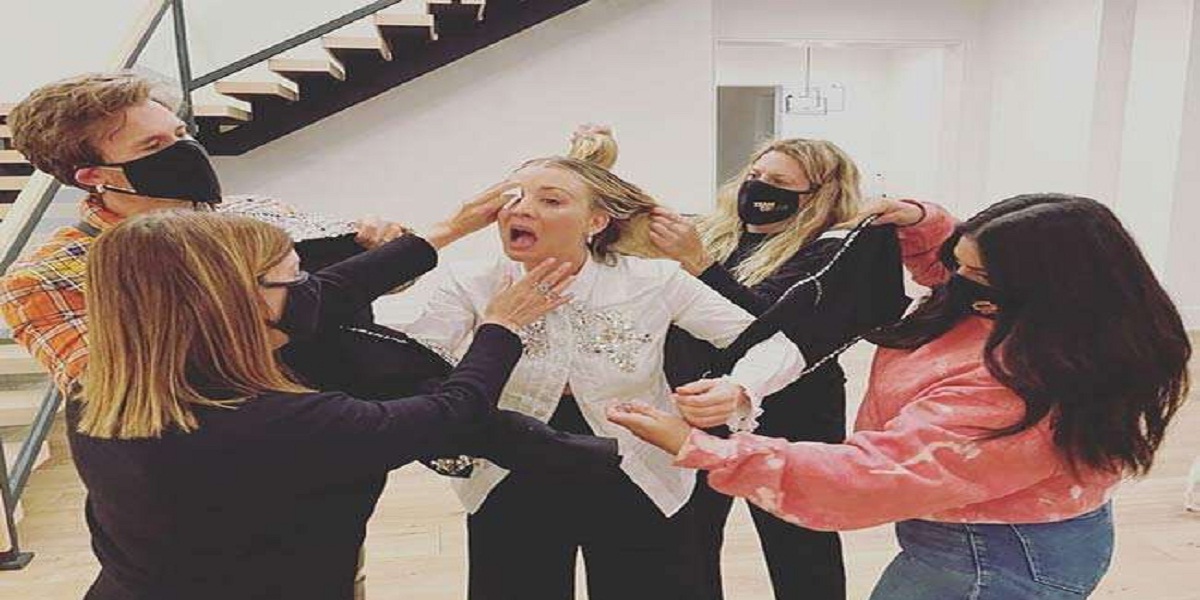 Kaley and Karl’s foyer has a winding staircase with a glass bannister and wooden stairs.