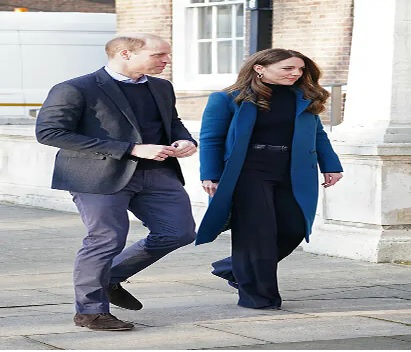 The Duchess of Cambridge stepped out for her first public engagement of 2022 with her husband, Prince William, as they visited the Foundling Museum in London on Wednesday.It comes after the Cambridges spent Christmas with the Middletons in Norfolk and celebrated Kate’s 40th birthday earlier this month. 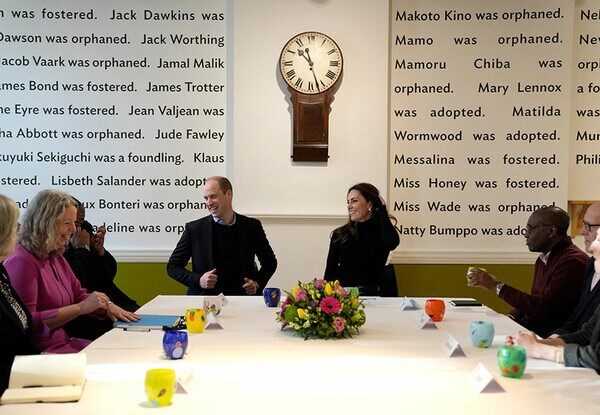 Prince William and Kate met representatives from the care sector, including those with direct experience of living in care.

The Foundling Museum tells the history of the Foundling Hospital, the UK’s first children’s charity which was founded in 1739 as a home for children whose mothers couldn’t keep or care for them. The Museum delivers training, mentorship programmes and creative projects, led and developed by contemporary artists, writers and musicians, to continue to use creative action to transform and improve the lives of care-experienced young people. 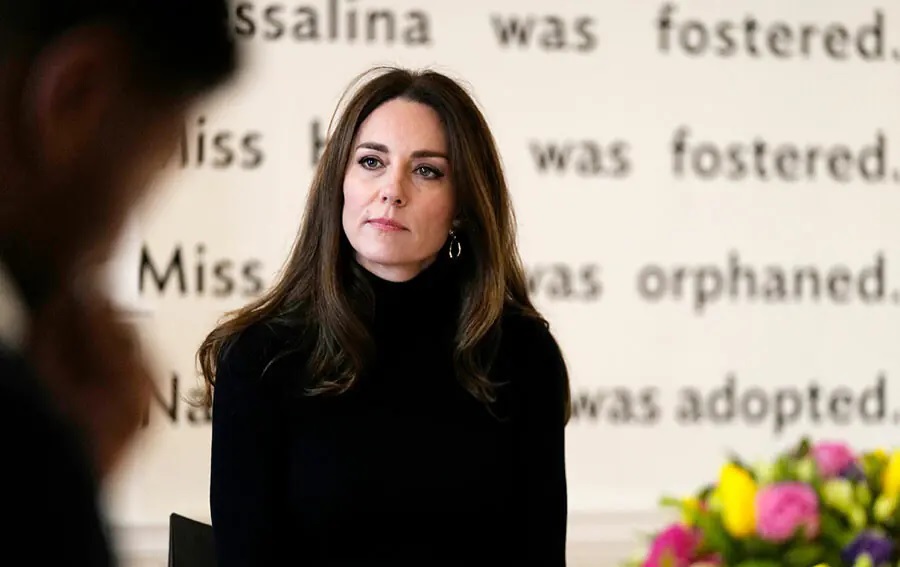 The Cambridges firstly joined a roundtable discussion with experts and stakeholders from across the sector to speak about the wider landscape of care in the UK, the challenges that young people leaving care can face, including employment, housing, mental health and addiction, and the work that is being carried out to tackle these issues.
The Duchess asked the experts: “From your experience, what makes the difference between a young person succeeding after leaving foster care and when they do not?”

They heard about the challenges young people experience when they move home frequently and are sometimes exploited by the criminal world.William added: “If you keep moving a child around when they are an adult their relationships are so short and shallow.” 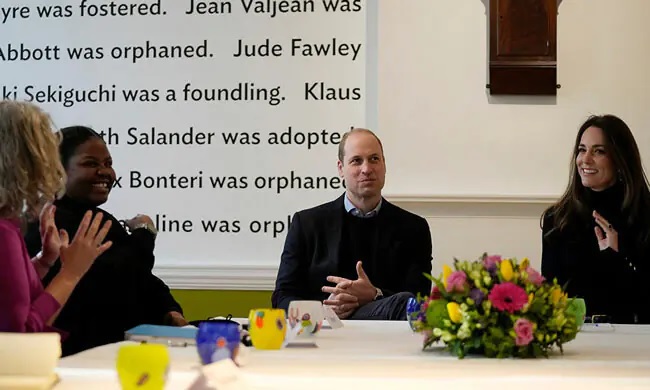 Kate said she was concerned that without providing stable homes for children they risked being moved around and having to “tell their story again and again”.

The Duke added: “That may become emotionally exhausting to tell the story again and again.”We’ve had that in the mental health side of things, people end up on the street, go through hoops and hurdles, tell so many people in authority and nothing changes.\”You have to get to them a lot earlier so they don’t have to keep doing this.”

The couple also said they were worried about the “consistency in care”.Kate, who is committed to raising awareness of the importance of early childhood experiences, became patron of the Foundling Museum in 2019.

Last year she set up the Royal Foundation Centre for Early Childhood.
The Duke and Duchess then spent time with individuals who have experience of the care system, including author and poet Lemn Sissay, former track and field athlete Kriss Akabusi, and writer Allan Jenkins.

Olympic medal-winning runner Mr Akabusi described how he enjoyed the stability of care, saying: “It was a saviour for me.”But he told how leaving care at the age of 16 was “very traumatic”, with Kate replying: “You are petrified leaving for independence.” 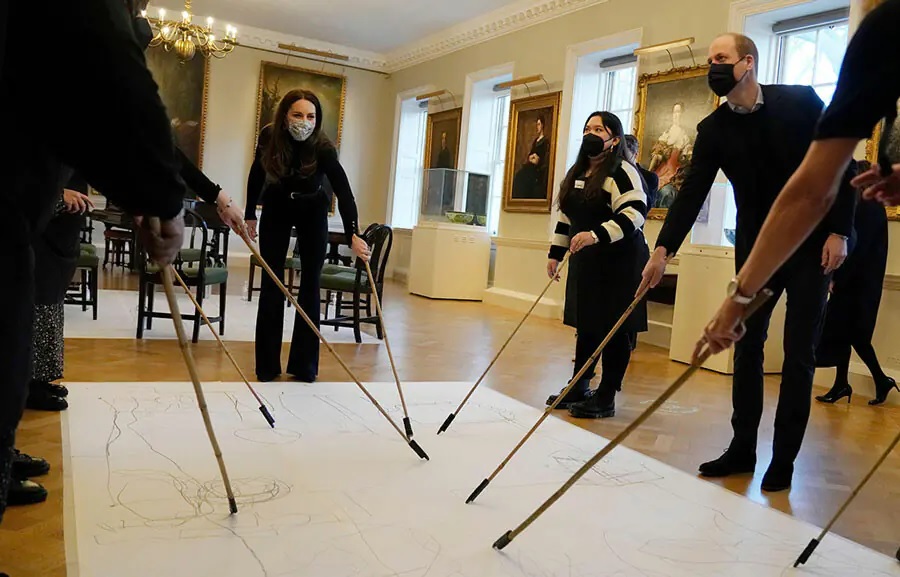 The Duchess asked the 400m hurdler if it had affected his relationships and Mr Akabusi replied: “Yes, but I am a loner.”He added: “Now aged 63 there is no stigma attached when I say I was brought up in care but there was a stigma when I was 16.”

Mr Akabusi’s parents returned to Nigeria when he was four, leaving him and his younger brother alone in the UK.After moving around foster placements, he eventually settled in a children’s home, and joined the Army after leaving at 16. 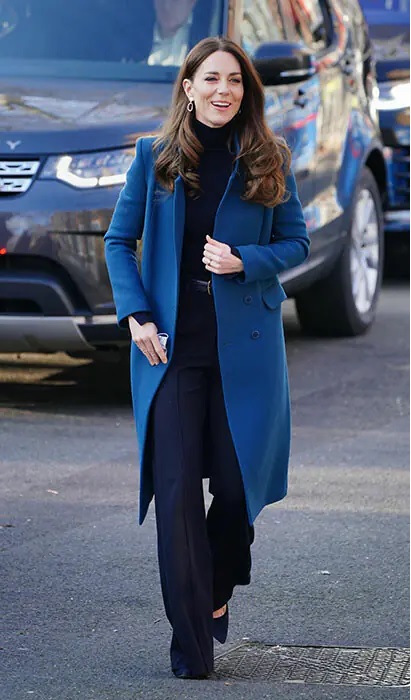 During their visit, William and Kate met a group of young care leavers to hear about some of the challenges they have encountered, and the impact of the support and training they are receiving through the Foundling Museum’s Tracing Our Tales programme. 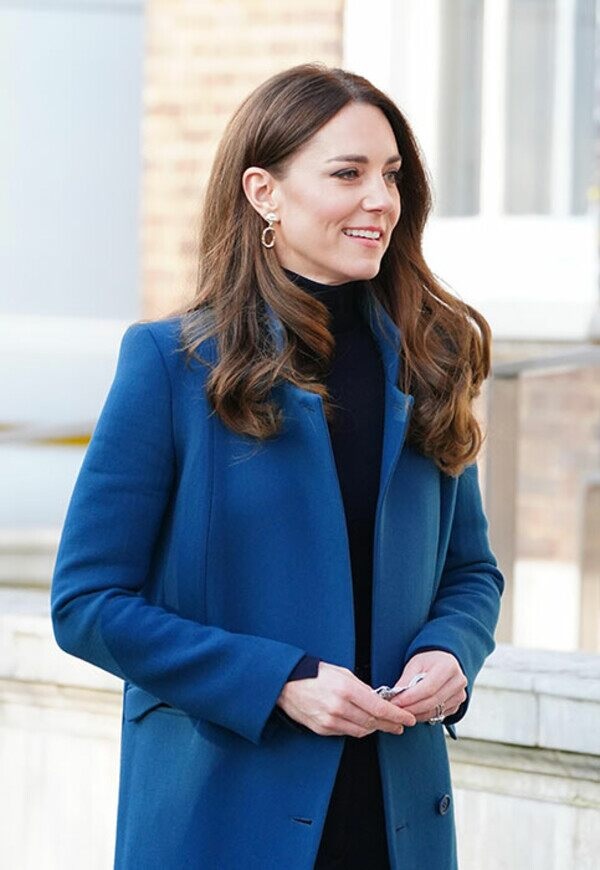 The couple joined them for an ‘ice breaker’ session armed with three-foot long pencils. They drew on a canvas what they could see in front of them without looking down at the floor.Kate, who studied art history at the University of St Andrew’s, giggled as she struggled with the artwork which had the look of a vast doodle when it was finished. 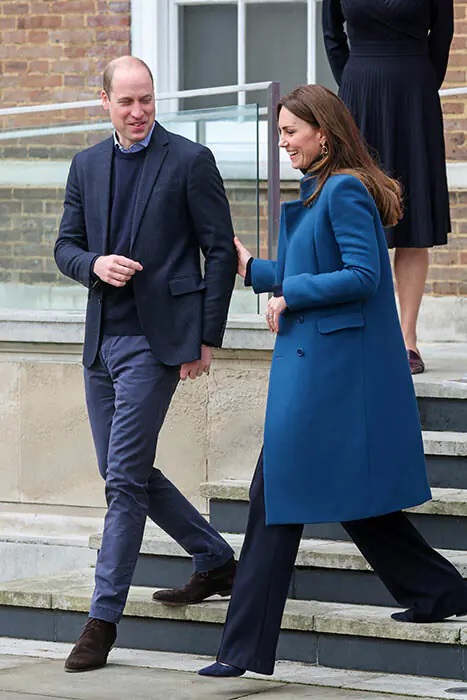 William laughed and said of his three children: “The kids would really enjoy that.”
Kate sported a new pair of statement earrings from the high street for her first royal outing of 2022. The already sold-out Mini hammered doorknocker hoop earrings from Accessorize were reduced to £2.10 from £7 in the sale.