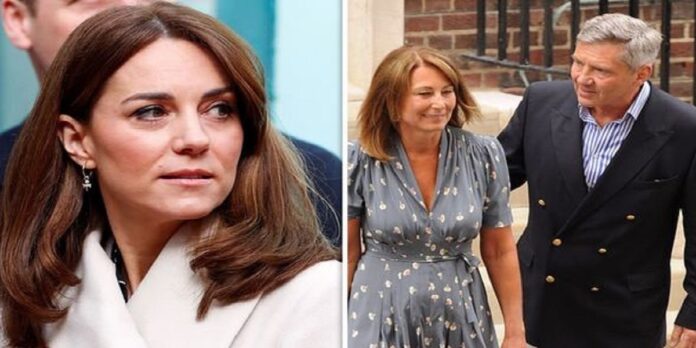 A ghost from the past has come back to haunt the royals! The first two years of Kate Middleton’s marriage to Prince William were marred by a pesky young woman claiming to be her cousin who had a penchant for stripping off to the tune of God Save the Queen. Now, we can exclusively reveal, Katrina Darling, who is, in fact, Kate’s second cousin once removed, is back to haunt the Duchess.

After years of cashing in on her royal connection, the stunning burlesque dancer, now 30, has moved from Sunderland to London where she frequents haunts not far from Kate’s Kensington Palace home, and posts barely legal pictures to Instagram of herself wearing risqué lingerie.Her bio reads: “By Royal disAppointment”, and in one image she flips a middle finger; in another she dresses as the devil.

Katrina also offers tarot-card reading services at swanky London hotels.  A source says: “Katrina running around portraying herself as a royal cousin when Kate was trying to navigate her first days as an official member of the monarchy was mortifying for her.

“She was recently made aware that Katrina now lives in London and is still doing the stripper thing. Kate’s very frustrated by it.“Her family doesn’t even know Katrina and the fact that she’s still trading on her royal connections is so disappointing.”
just in:Is Queen Elizabeth Still Upset About Kate Middleton’s Topless Photo Scandal?

In 2011, Katrina discovered she was distantly related to Kate and wasted no time in relishing the opportunities that came her way thanks to the family connection.The following year, the then 22-year-old was paid a handsome six figure sum to strip off for Playboy magazine. 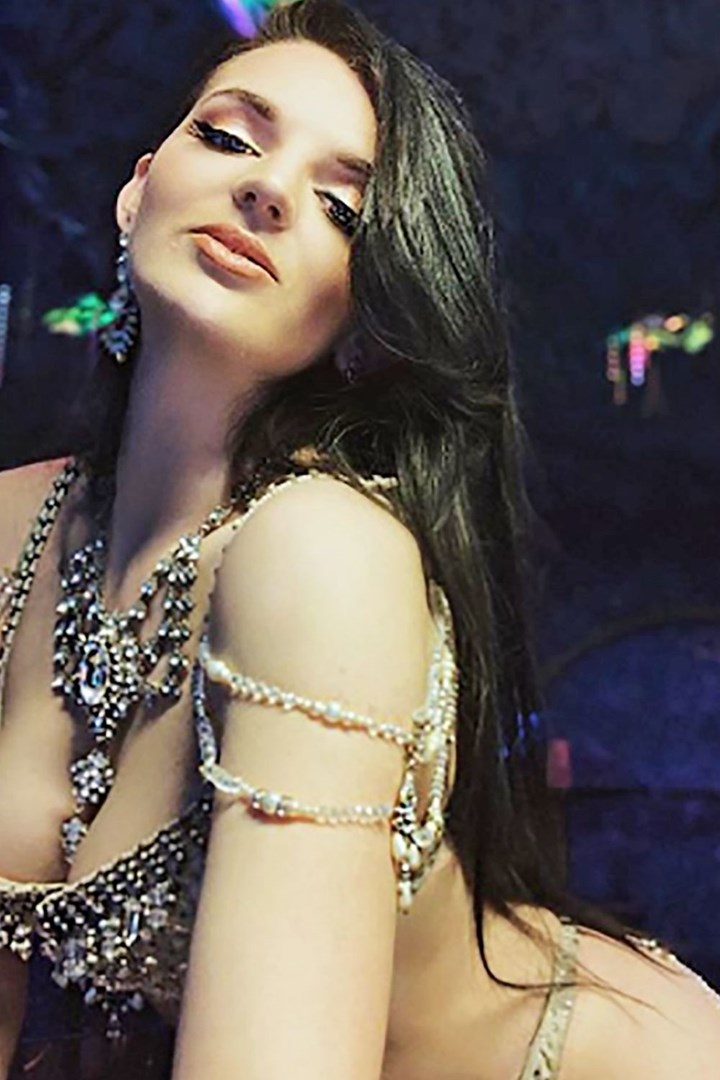 Despite the tenuous Royal link (Katrina’s grandmother is sister to Kate’s great grandfather Thomas Harrison), the burlesque dancer embraced the connection and famously performed her moves to God Save The Queen.

In an interview with the men’s magazine, Katrina revealed she was only made aware that she and Kate were related shortly before the duchess’ wedding to Prince William in 2011.

“It was the most ridiculous thing I ever heard,” she told Playboy. “It’s not every day something like that happens.”