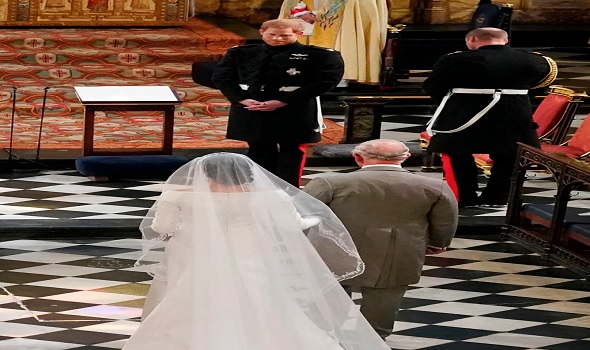 Prince Charles has a photo of himself walking daughter-in-law Meghan Markle down the aisle during her 2018 nuptials to his son, Prince Harry, on display at Clarence House. Eagle-eyed fans noticed the photo on display Tuesday as Charles’ wife Camilla Parker Bowles hosted an International Women’s Day event.

Female rowers Kat Cordiner, Charlotte Irving, Abby Johnston were invited to meet with the Duchess of Cornwall after crossing the Atlantic in 42 days, arriving in Antigua in January. The trio, who were joined by former rower, Tim Christian, beat the previous record by seven days. 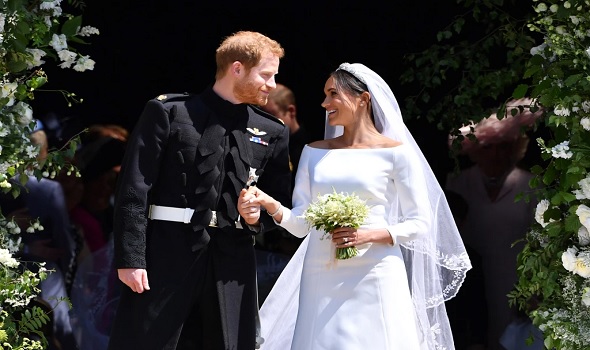 Among the framed photographs on the side table was a gorgeous, black-and-white pic of Markle — whose own father did not attend the wedding — with her father-in-law as he escorted her down the aisle of St George’s Chapel in Windsor. Some of the other frames held photos of the family at Prince Louis’ christening in 2018, his big brother Prince George at his christening in 2013, and even Prince Harry at the Invictus Games, which he founded in 2014.

Less than two years after their nuptials, Harry and Meghan moved to California, and officially resigned from their royal duties in early 2020. A source most recently told Page Six that Prince Charles hadn’t seen his youngest son since his father Prince Philip’s funeral in April 2021, and was yet to meet his granddaughter Lilibet, who was born in June. 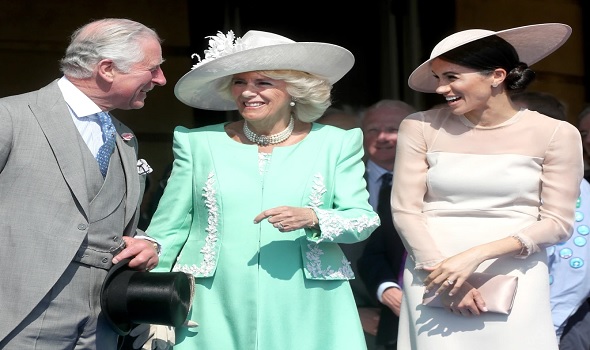 “Charles was hugely hurt when Harry and Meghan just dumped it on the family they were giving up their roles and moving abroad,” a royal insider told us in December. “I don’t think [Harry and Charles] talked for a good while, but now the channels of communication are open.”

Last May, Harry claimed he was handed down a “cycle” of “genetic pain and suffering” by his father, who also expected him to “suffer” in the public eye. “Just because you suffered, it doesn’t mean that your kids have to suffer … That doesn’t make sense,” Harry said on his Apple+ docuseries, “The Me You Can’t See.” 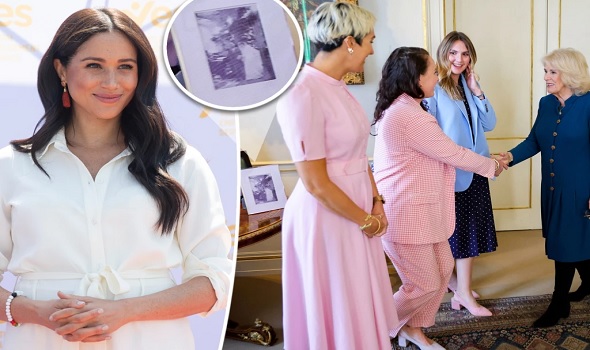 A book written by Christoper Andersen last year, titled “Brothers and Wives,” also alleged that Charles triggered a rift with his daughter-in-law — who is biracial — after asking Camilla: “What do you think their children’s complexion might be?”
A spokesperson for Charles slammed the account as “fiction.”