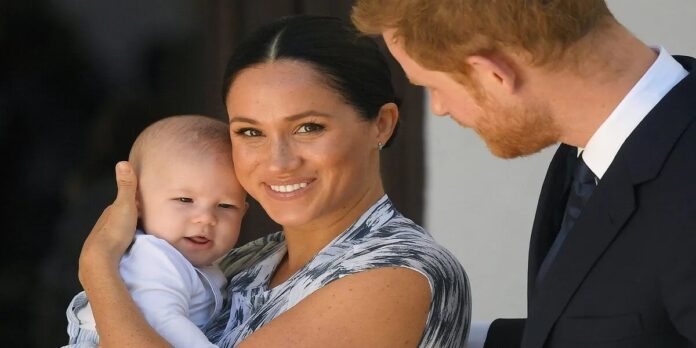 MEGHAN MARKLE said Archie was “too young” to travel to Balmoral for a holiday back in 2019, according to a bombshell new book.

Royal biographer Tom Bower claimed the Duchess of Sussex said her three-month-old son was “too young” to get the plane to Scotland for a break at the Queen’s private residence in the summer of 2019. However, he highlighted how Meghan and Prince Harry went on holiday to Ibiza with Archie.

Mr Bower claimed that Meghan turned down Balmoral “in revenge” for Prince William and Kate being seen taking a budget airline flight to Aberdeen amid a row over Harry’s private jet use while preaching about the environment.

Writing in Revenge: Meghan, Harry and the War Between the Windsors, Mr Bower said: “In revenge, Meghan promptly announced that her family would not, after all, follow the Cambridges to Balmoral.

“Archie, she explained, was too young at three months to travel by plane to Scotland.

“Instead, she flew with Archie to Ibiza.”

Speaking at the launch of his sustainable travel initiative Travalyst in September 2019, Harry defended his use of private jets when asked about his travel behaviour amid reports he and Meghan flew privately four times in 11 days for summer holidays.

The Duke insisted he travels by commercial “99 percent” of the time but sometimes needs to use a private jet to “ensure that my family are safe”.

The Queen traditionally spends the summer in Balmoral on holiday where she is joined by other members of the Royal Family.

Harry and Meghan enjoyed a break in the Scottish Highlands in 2018 months after their royal wedding but have not been back since.