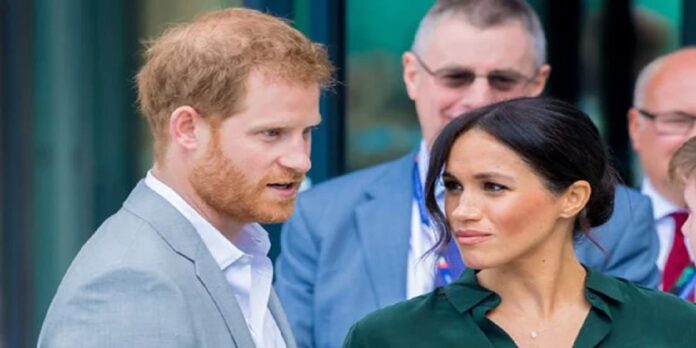 YouTube channel Body Language Guy, run by Jesus Enrique Rosas, has noted that the Duchess of Sussex uses subtle hand gestures to signal Prince Harry from doing things she does not approve of like talking.

“Meghan and Harry were attending the Wellchild Awards back in 2019, and they were talking to some of the families attending,” he said.

“And I think this was the last family they were talking to because they were sitting along a wall, and this was at the far corner, and in fact, it was the end of the video.

“But Harry was still talking to them, in a quite engaging way, and then Meghan just stands up and literally, and silently commands Harry to stop and stand up just using her body language.

“And this is not the only time she’s been caught in camera interrupting Harry out cold.

“There’s the (Commonwealth Day 2019) video where she does exactly the same, or the red dress video (their visit to the Annual Salute to Freedom Gala in New York City, November 10, 2021) where she uses that hand cue to get Harry going and of course, the direct ‘shut your mouth’ in Oprah’s interview.”