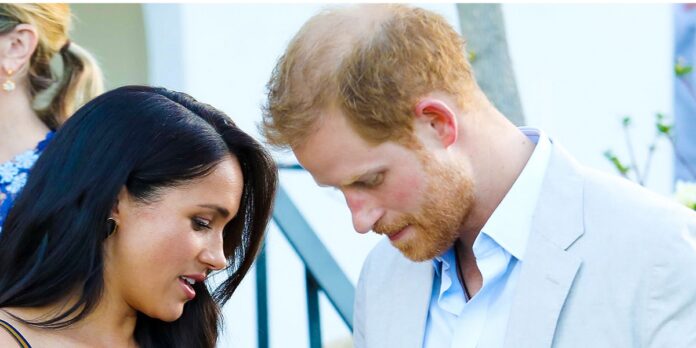 PRINCE Harry and Meghan Markle were mocked on Twitter after wading into the Ukraine crisis.It was joked that Vladimir Putin would be quaking in his boots after the Duke and Duchess of Sussex’s anti-Russian intervention.
The couple said they “stand with the people of Ukraine” in a statement issued last night from their £11million mansion in California, US.

Sun columnist Piers Morgan wrote: “This will really rattle Putin.”GB New host Colin Brazier said: “Nothing throws an invasion into reverse like a lightning strike from the Sussexes.”One person wrote on Twitter: “Well that should do it. All we needed was a couple of narcissistic people giving opinions.”Another said: “Putin is going to listen to this Hollywood couple! Because they are world leaders and very fierce.”Harry can personally fly a helicopter and his wife will apply her strategic thinking, so it is quite possible.”

A third added: “Harry and Meghan have spoken. Putin is now scared.”And a fourth joked: “Putin surely would have counted on the support of Harry and Meghan. A blow for him.”

The couple were also accused of “making this about them again” and “jumping on for attention”.But some hit back at the mockery, with one person insisting: “They never claimed their statement would make Putin back off.”Their statement is to stand up for what’s right in the face of history.”Another said: “Any normal person is condemning Putin’s actions.”

And a third added: “Why shouldn’t Harry and Meghan make a stand on Ukraine? They are as entitled to say something about the situation as anyone else.”While the Sussexes have condemned Russia’s invasion of Ukraine, they have still not commented on the announcement that Camilla will be Queen Consort when Charles is king.It is thought Prince Charles called his son to personally tell him the news.

Royal commentators say Harry is likely to reveal his feelings on the Duchess of Cornwall in his bombshell memoir.