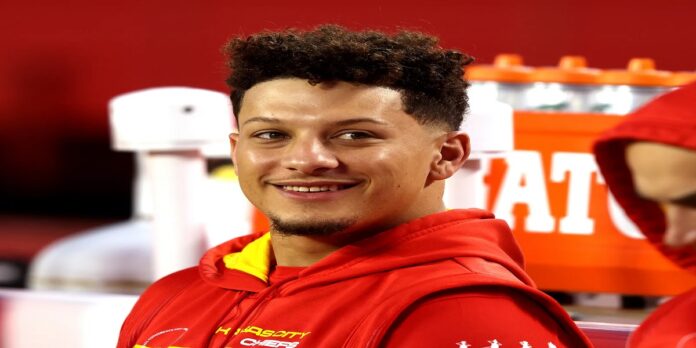 Patrick Mahomes on pace to break NFL record for passing yards in a season.

Mahomes has 2,605 passing yards through eight games this season, which puts him on pace to pass for 5,536 yards in a 17-game season. That would be a new NFL record.

The current record of 5,477 yards was set by Peyton Manning in 2013. Manning did it in a 16-game season, and Mahomes may need that 17th game to reach the record, but Mahomes’ pace is impressive nonetheless.

And Mahomes has been picking up the pace recently, throwing for 446 yards on Sunday night after throwing for 423 yards in the Chiefs’ previous game against the 49ers. There have only been five games this season in which a quarterback threw for more than 400 yards, and two of those games are Mahomes in his last two games.

With the way Mahomes is playing now, the second league MVP award of his career could be coming at the end of this season.