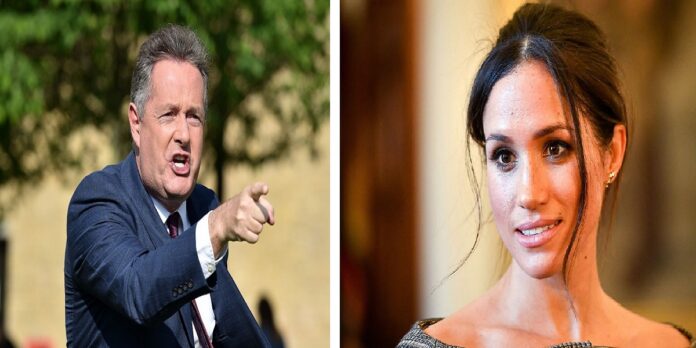 Piers Morgan has reacted to Whoopi Goldberg’s controversial comments and jumped to Sharon Osbourne’s defence. Goldberg and her co-hosts Joy Behar, Sara Haines and Ana Navarro discussed a Tennessee school board choosing to ban Maus, a graphic novel about the Holocaust.

Goldberg said: “Let’s be truthful about it because the Holocaust isn’t about race. No. It’s not about race.” As the episode then went to a commercial, she repeated: “To learn about man’s inhumanity to man, however it exposes itself.” She has been widely slammed for he comments, which were branded “ignorant”, and has since apologised for hurting Jewish people “around the world”.

Now, former Good Morning Britain presenter Piers Morgan has weighed in, drawing a parallel to the treatment of his friend Osbourne, who was fired from similar chat show The Talk after she was accused of racism. The incident came in March 2021 after she defended Morgan’s remarks about Meghan Markle’s televised interview with Oprah Winfrey.

Amid the controversy surrounding Goldberg’s comments on The View, Morgan wrote on Twitter: “Sharon Osbourne was fired from The Talk for defending me against a fake charge of racism. Whoopi Goldberg said on The View yesterday that the Holocaust ‘wasn’t about race’, which for Jewish people is about as racist a comment as anyone could make. Bet she doesn’t lose her job.” 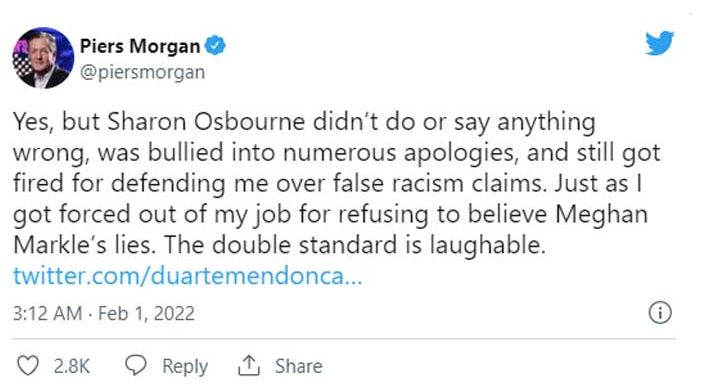 Piers Morgan continued: “Yes, but Sharon Osbourne didn’t do or say anything wrong, was bullied into numerous apologies, and still got fired for defending me over false racism claims. Just as I got forced out of my job for refusing to believe Meghan Markle’s lies. The double standard is laughable.”