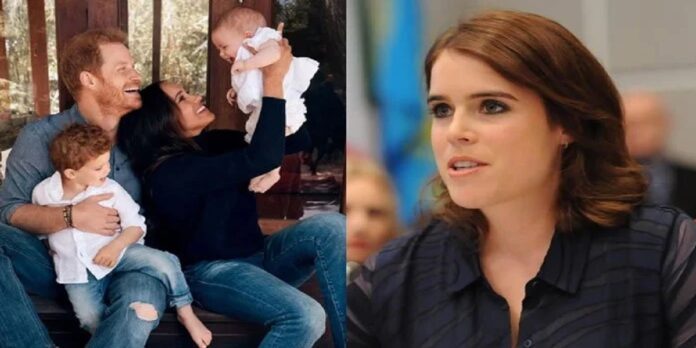 Princess Eugenie joined Prince Harry to attend the Super Bowl on Sunday.Prince Harry on Sunday joined his cousin Princess Eugenie to attend the Super Bowl, leaving his wife Meghan Markle and two children at home.According to the British media, Princesses Eugenie and Beatrice, the daughters of Prince Andrew, are two of the very few members of the Royal Family still on friendly terms with the Duke and Duchess of Sussex.

A report published mailplus after the Super Bowl claimed that Andrew’s daughter could prove useful intermediaries in the tumultuous months and years ahead.

Commenting on the absence of the Duchess of Sussex from the stadium, British TV presenter Richard Eden said, “With the benefit of hindsight, it’s interesting that Meghan chose not to attend the Superbowl with Eugenie just days before Prince Andrew’s settlement was announced.”He was referring to an out of court financial settlement between Prince Andrew and Virginia Giuffre.