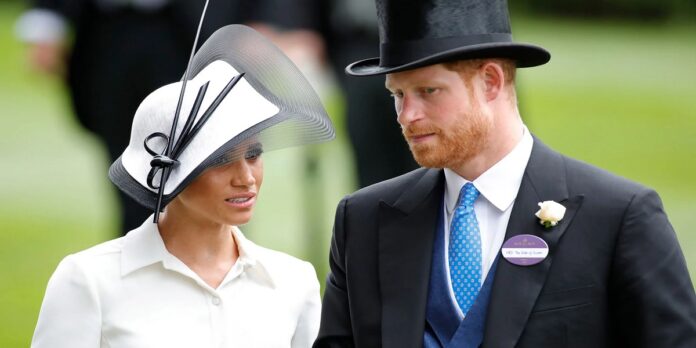 The fee, double what experts had estimated, is based on the value of the property in swanky Montecito.The couple, who quit royal duties as part of a move to the US, bought the nine-bed, 13-bathroom home in June 2020 for around £11.5million, with a mortgage thought to be £7.4million. Previous owner Sergey Grishin, a Russian businessman, had paid £17million a decade earlier.

The first instalment of the tax bill was due on December 10, the second on February 1 – with a 10% penalty for any bills not paid by April 11. A source said: “The bill is a huge sum but it’s peanuts in relation to their earnings.”
Local experts say the Tuscan-style mansion, built in 2003 and 80 miles north of LA, is now worth £19.4million. It has a library, gym, cinema room, spa, pool, tennis court, guest house and a playground for children Archie, two, and Lilibet, eight months.

But last month it was claimed the Sussexes, who have deals with Netflix and Spotify worth around £118million, were looking to sell.Harry, 37, also faces a huge income tax bill in April now he is resident in the US. His team was approached for comment.Hero WarsPlay The Online Action RPG.Rich HousesWilliam And Kate Have Been Told Their Fate Once Charles Finally Becomes King