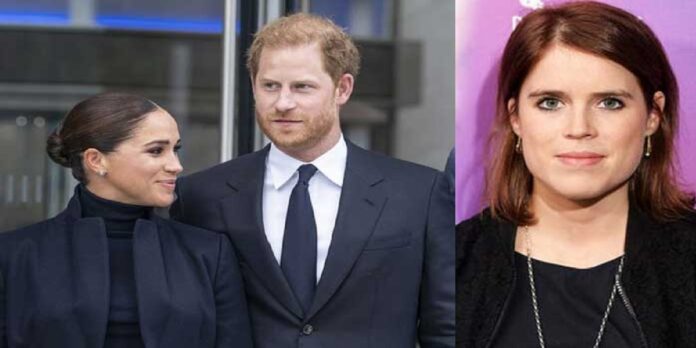 Prince Harry and Meghan Markle may start a fresh legal battle ‘for privacy’ over their intimate dinner picture with Princess Eugenie in the US, according to report.The Duke and Duchess of Sussex’s photos with Harry’s cousin Eugenie and her husband Jack Brooksbank, shared by a media outlet, raised many questions.

Some experts are asking whether the royal couple, who stepped back as senior working members of the royal family and established their new home at Montecito, California in 2020, may “sue for privacy”.A media law specialist Mark Stephens was reported to have said: “They can sue. There was a case where Paul Weller sued. He was sitting outside a restaurant in Santa Monica with his children and he sued for privacy in the UK.”

Paul Weller, whose pictures were taken in California, reportedly sued a media group under UK privacy laws in 2012 and won a £10,000 payout from the publisher.Speaking with Newsweek, Stephens added: “They’ll sue whoever published them in the UK, that’s for sure. I don’t know whether they can get the media outlet here, but it will be worth a go.”

The suggestion comes amid reports of a libel action launched by Prince Harry against a UK media outlet over an article.The picture emerges at the time when Meghan Markle is out of spotlight and staying away from media attention amid speculations about her future move.