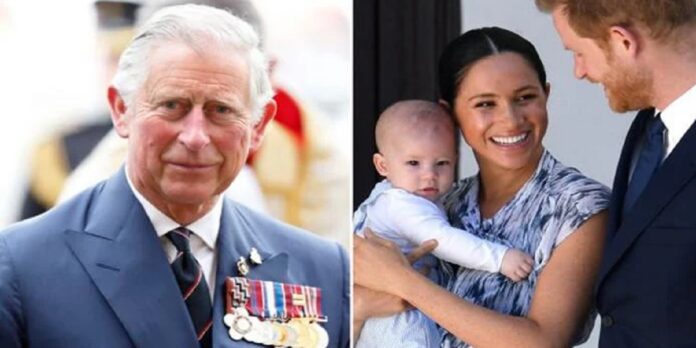 Prince Charles was reportedly “delighted” by the adorable name as he then conversed with the little one’s parents Prince Harry and Meghan Markle to mark the Duke of Sussex’s 36th birthday.The Duchess of Sussex reportedly baked a cake as Prince Harry blew out the candles with the Prince of Wales watching.

After celebrating Archie called his grandfather ‘Pa’ as at the time he could only say a handful words such as ‘dada’, ‘mama’ and ‘dog’ to name a few.A source told The Sun: “It was very pleasant. Harry told the family how much he missed them.”Meghan baked a cake and Harry blew out candles. Archie made them laugh when he also blew them out.”