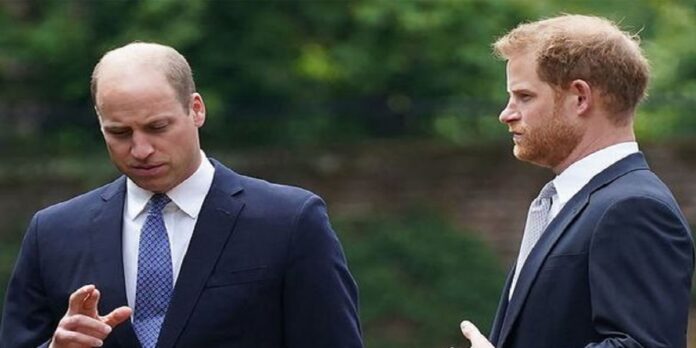 A royal expert claims Prince William and Prince Harry will never reconcile, and even their late grandmother had given up on bringing the brothers together.

There will never be a reconciliation between Prince William and Prince Harry, according to a royal expert.

During Friday’s episode of GB News’ Dan Wootton Tonight, available to stream on Flash, royal author Katie Nicholl claimed the Prince of Wales “simply can’t forgive” his brother for stepping down from his royal duties.

“He just cannot forgive his brother. That’s why Harry’s gone back without any truce,” she said on the program.

“William simply can’t forgive him, not just for his behaviour and what he’s done and how he’s done it, but look at how much now rests on William.

“He always thought that Harry would be his wingman. Now, William is doing it on his own.

“Thank goodness he’s got Kate [Middleton] by his side. Because together, they’re a really strong team.”

Author of the upcoming book The New Royals – Queen Elizabeth’s Legacy and the Future of the Crown, Ms Nicholl claimed Queen Elizabeth II gave up bringing the brothers together.

“She was exhausted by it all, she realised there was nothing more she could do to forge a reconciliation between William and Harry,” she said.

“It is terribly sad that the twilight years of her reign, when she should have been enjoying her time, spending time with her grandchildren and her great-grandchildren was really marred by this awful family rift, which, let’s be honest, doesn’t look like it’s got any chance of being healed.”

The rift between the once-close siblings allegedly started even before Harry married Meghan Markle.

Back in 2017, Harry hinted that he was about to propose to the Suits actress, William reportedly asked, “Why rush things?,” causing Harry to angrily answer, “Who the hell do you think you are?”.

Relations hit a new low when the Duke and Duchess of Sussex sat down for an interview with Oprah Winfrey in March last year.

In the bombshell tell-all, Harry said he felt sorry for his father, now King Charles, and brother William, who were “trapped” in their royal roles and couldn’t leave as he had.