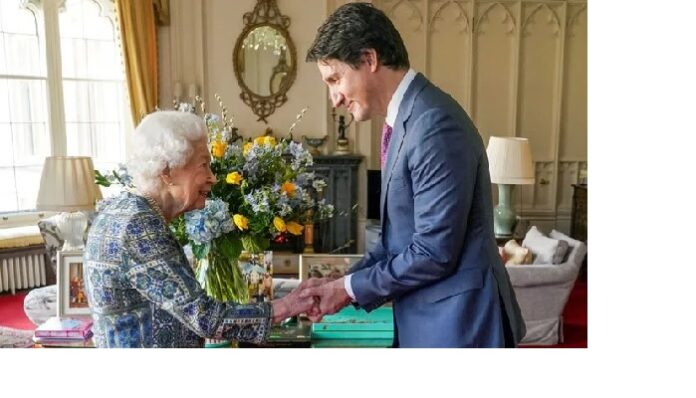 Britain’s Queen Elizabeth marked her first in-person engagement since catching COVID-19 with a meeting with Canadian Prime Minister Justin Trudeau at Windsor Castle on Monday, which featured a subtle nod to Ukraine.

As photos of the meeting emerged and quickly went viral, hawkeyed fans noticed a message in the background of the pictures doing the rounds. The photos show the Queen greeting Mr. Trudeau with a large vase filled with yellow and blue flowers – a clear reference to the flag of Ukraine which is blue and yellow.

The flowers seem to be a show of support to the Ukrainian struggle as the country battles a Russian invasion. Royal watchdogs took to social media to point out the detail, with one user commenting: “I love that the flowers are blue & yellow, while another said: “Anybody else see the subtle nod to Ukraine with the colours of the flowers? Brilliant.”

The Queen’s flowers are far from being the royal’s only acknowledgment of Russia’s invasion of Ukraine, with Prince Charles and Duchess Camilla paying a visit to the Ukrainian Catholic Cathedral in London last week. The Queen herself made a ‘generous’ donation to the Disasters Emergency Committee following the invasion.