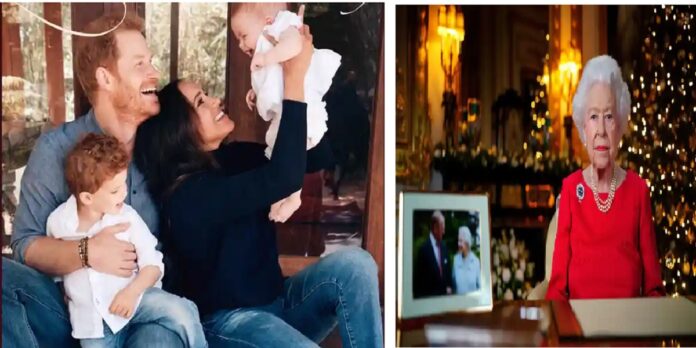 QUEEN ELIZABETH II might never be able to welcome her great-grandchildren, Lilibet Diana and Archie Harrison, for the festive season at Sandringham, according to a royal journalist. The Royal Family traditionally spends the Christmas period at the Queen’s Norfolk estate, and there was speculation this year’s plans could include Harry and Meghan’s children Archie and Lilibet as well as their cousins Prince George, Princess Charlotte and Prince Louis. However, the traditional family gathering has been cancelled for a second year amid the rapid spread of Omicron across the UK and it has been confirmed the Queen will not travel to Norfolk but stay at Windsor Castle as she did last year in a scaled-back celebration with her husband, Prince Philip.

This will be the monarch’s first Christmas without the Duke of Edinburgh, who passed away in April aged 99. The departure of the Duke and Duchess of Sussex from life as working royals in the UK in March 2020 – in addition to travel restrictions imposed by the coronavirus pandemic – has meant that Archie, two, and Lilibet, five months, are yet to spend Christmas with the monarch.

Royal journalist Daniela Elser has now claimed she doubts the young Sussexes will ever get to wake up at Sandringham on Christmas morning or attend church with their extended family in King’s Lynn.She wrote in the New Zealand Herald: “Harry and Meghan’s son Archie, who is about to enjoy his third Christmas, has never spent the holidays in the UK or with his father’s family

“Sadly, at the rate things are going, he never might.” The Queen’s current Christmas plans, which are not believed to include the Sussexes and have been thrown in jeopardy by the skyrocketing cases of the Omicron variant. 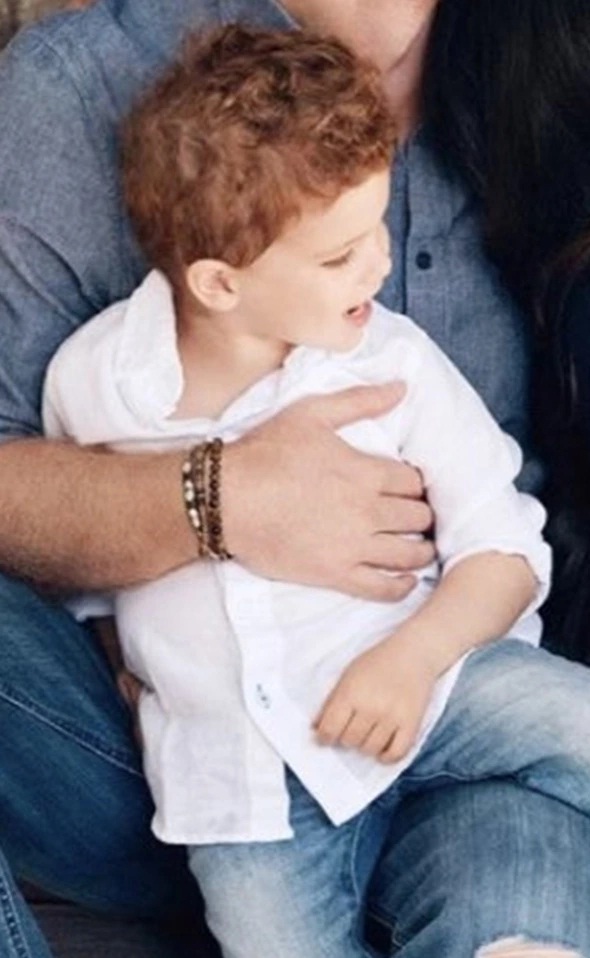 The Duke and Duchess of Cambridge are among other prominent royals, including Prince Edward and Sophie, Countess of Wessex, Prince Charles and Camilla, along with Princess Anne, who committed to only essential contacts this week in order to protect the Queen, according to the Mirror. On Thursday, it was announced that the Queen had cancelled the Buckingham Palace lunch typically held for the extended Royal Family ahead of Christmas each year.

Around 50 or so royals were expected to attend the event next week at Windsor. It was said to be a decision erring on the side of caution after the UK recorded a spike of new Omicron cases over the past week.

A source said: “The decision is a precautionary one as it was felt to put too many people’s Christmas arrangements at risk if it went ahead. “While there is regret that it is cancelled, there is a belief it is the right thing to do.” 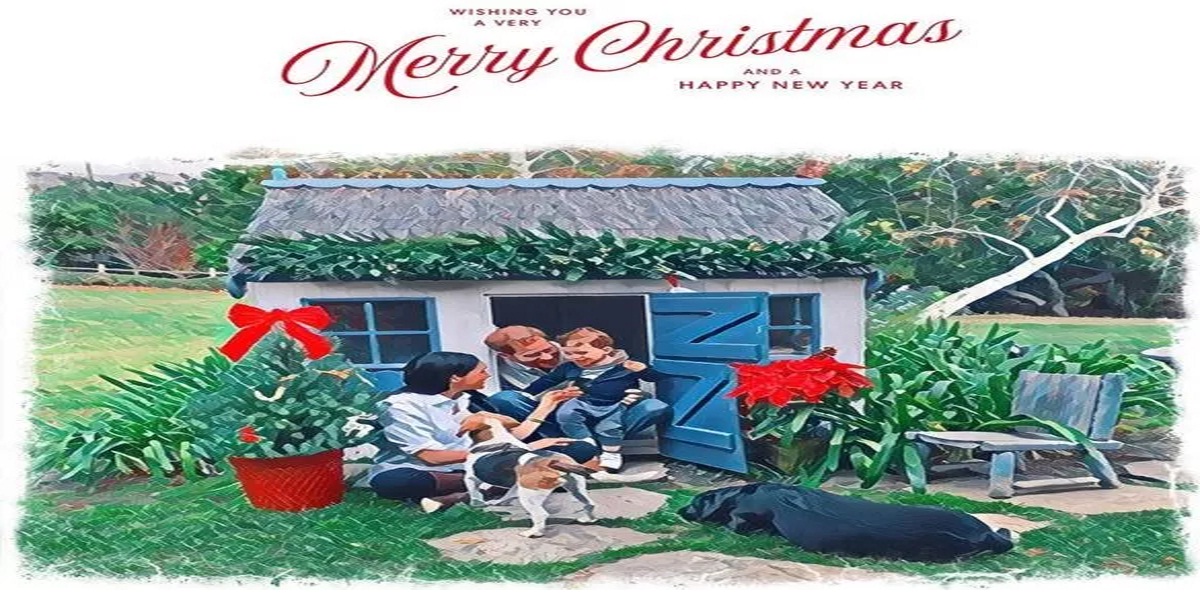 Picture of Queen recording Christmas message at Windsor Castle also made public, featuring a photo with the Duke of Edinburgh.The Duke and Duchess of Sussex have released the first picture of their daughter, Lilibet, with Meghan holding up the laughing child in an image on their Christmas card. 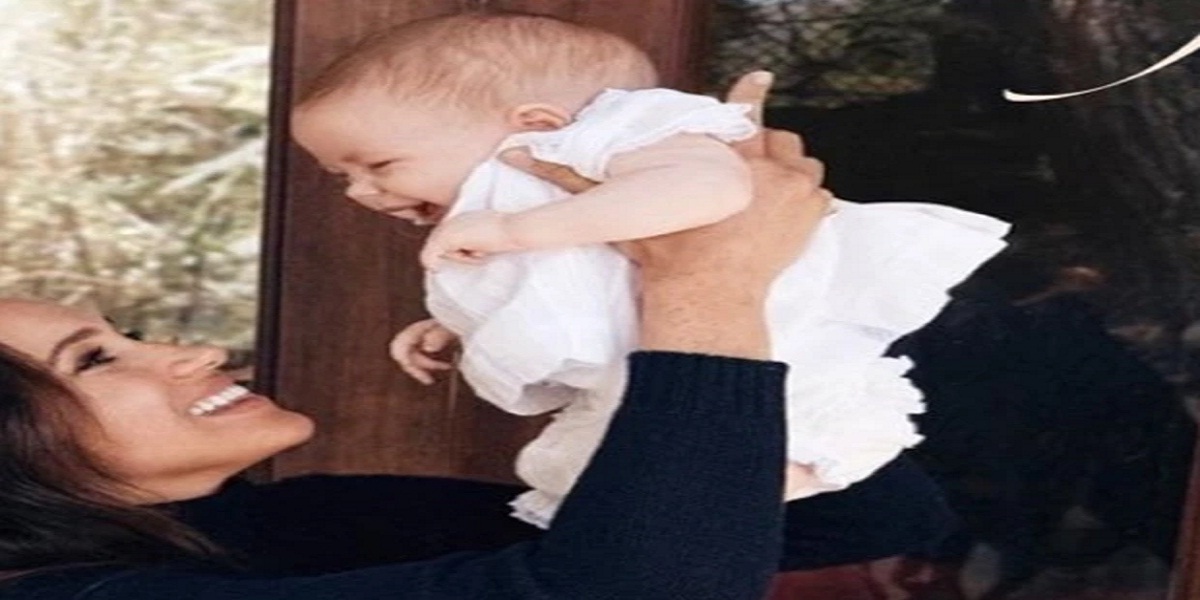 The photo, which also shows Prince Harry with curly haired Archie on his knee, was taken by Alexi Lubomirski this summer at the couple’s home in Santa Barbara, California. No images of six-month-old Lilibet, named after the Queen’s childhood nickname, have been released before now, and her two-year-old brother’s face has rarely been seen in public.