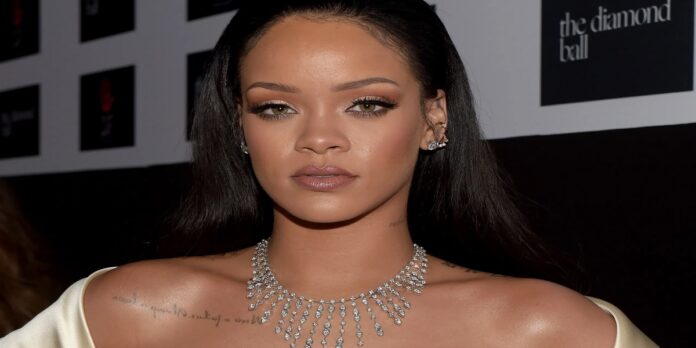 Rihanna opted for a casual look as she stepped out for a chilly date night with her boyfriend A$AP Rocky.

The 33-year-old singer and her beau, 33, were spotted out and about in New York as they stopped at Roc-A-Fella Records then shopped at Bottega Veneta, where they indulged in public displays of affection while trying out different pieces.

The loved-up duo – who have been an item since January 2020 – ended the night with a private dinner.
The Love On The Brain singer also wore a unisex organic fleece black Paris Balenciaga hoodie – retailing for $995 on the site – underneath her coat. 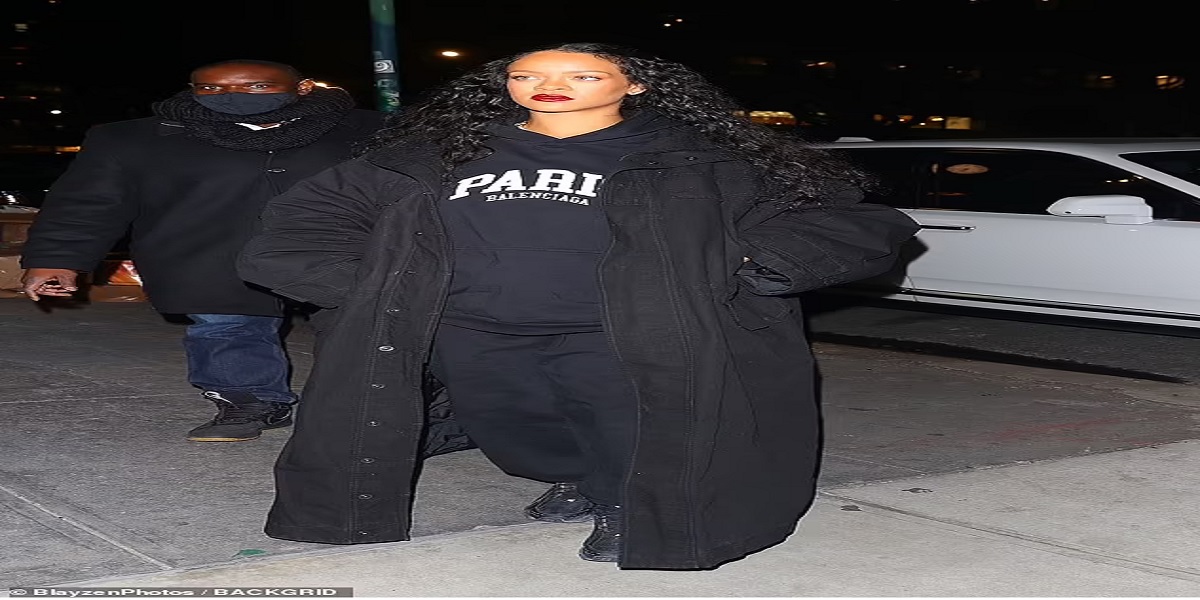 Keeping things casual, she matched her outfit with a black pair of sweatpants and sneakers.
She wore her stunning long raven hair in small curls that gently fell down her shoulders and back.
The Savage x Fenty founder added some color to her monochrome outfit with bright red lipstick on her pout.

The Barbados native chose not to wear a face mask, unlike her partner, who wrapped his head in a cammo balaclava.
A$AP could have easily gone hunting after the date was over, as the rapper sported an all-camouflage outfit, which included his jeans, a button down shirt, and jacket. He also wore a pair of chunky black boots.

The Kiss It Better signer and her man were not shy about showing off their adoration for each other as the pair cuddled up inside of the Bottega Veneta store.
Rihanna was also seen shooting her beau a flirtatious look at one point.

The couple reportedly started dating in January 2020, though they have been longtime friends before then.
In August 2021 a source told PEOPLE, ‘This romance evolved since they were friends first. They already knew and respected each other and it has just grown from there.’
‘They loved to laugh and have a blast together before they even dated,’ the source added. ‘All of that makes for a solid romance now.’

In a May, 2021 interview with GQ the rapper admitted that Rihanna was the one for him, saying, ‘So much better when you got the One. She amounts to probably, like, a million of the other ones. I think when you know, you know. She’s the One.’

Recently, a source close to Rihanna claimed to HollywoodLife that a marriage proposal was imminent, saying, ‘it’s only a matter of time before [ASAP Rocky] proposes!’
‘Rocky absolutely feels that Rihanna is the perfect person for him, and he can’t imagine his life without her. They have discussed marriage and kids. They know it’s something they both want,’ the source added.

In September of last year the fashion-forward couple attended the 2021 Met Gala at the Metropolitan Museum of Art in New York City, where they showcased just how perfect they are for each other with their mutual quirky and unique sense of style.
The singer sported a black ruffle dress from Balenciaga with a matching beanie and diamonds. Meanwhile Rocky wore a trendy colorful patchwork blanket garment.