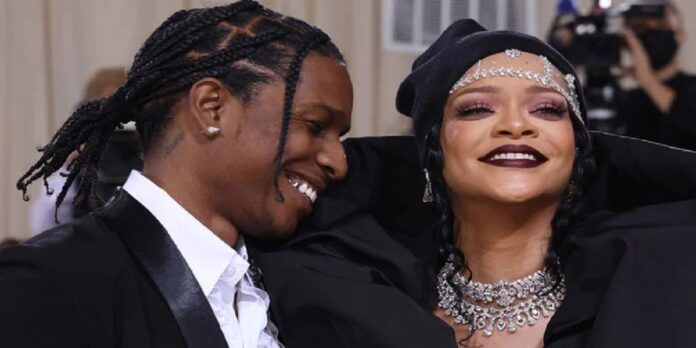 Rihanna’s beau A$AP Rocky reportedly “cannot imagine his life without her” and it’s just “a matter of time before” he pops the question.

Sources close to the HollywoodLife outlet recently brought this claim to light. They admitted that the duo has been thinking about the next stage of their relationship since 2020, after their lifelong tally as friends.

The insider was also quoted saying, “a matter of time before [A$AP Rocky] proposes. Rocky absolutely feels that Rihanna is the perfect person for him, and he can’t imagine his life without her.”

The same source also admitted that the couple has already started having talks about marriage and family planning since “They know it’s something they both want.”

“Despite their romance heating up as quickly as it has, they’ve had time to lay the foundation for a great relationship since they were friends for so long before they hooked up.”

However, sources did make it clear that family planning isn’t the only thing that is on her mind but Rihanna realizes her clock is ticking and as much as she wants kids, she has a very full plate with all her businesses.”

This news comes shortly after the reports started flooding in about A$AP Rocky being “the one” for the lyricist. “They’ve already started daydreaming about their perfect wedding. It’s clear to everyone that Rihanna and Rocky want to spend the rest of their lives together!”