The Sussexes’ Oprah Winfrey interview shook the Royal Family to its core, but sparked “added anguish” for Prince William, a royal author has claimed. After quitting royal duties in 2020, the Sussexes moved across the pond to pursue their own opportunities and to be “financially independent”. 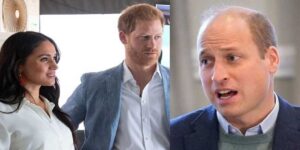 In March last year, the couple sat down with TV chat show host Oprah Winfrey for a tell-all interview where they made a series of bombshell claims about their time as senior royals.

In the aftermath of the interview being aired, Buckingham Palace released a statement addressing the accusations, which read: “While some recollections may vary, they are taken very seriously and will be addressed by the family privately.” 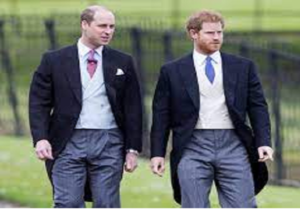 In an extract of his new book, ‘Queen Of Our Times: The Life Of Elizabeth II’ ​​published by Macmillan on March 17, Mr Hardman wrote: “For Prince William, there was the added anguish of seeing the younger brother whom he had protected (and who had idolised him) now throwing incendiary and, in some cases, unanswerable charges into the public domain, fully aware of their likely impact. 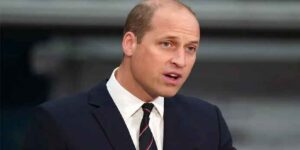 ‘William,’ says one friend, ‘was as low as I’d ever seen him.’ “Since the Oprah interview, the brothers have only met twice — at Prince Philip’s funeral and at the unveiling of the statue of their mother at Kensington Palace.”