Prince Harry would likely return to royal life if his marriage with Meghan Markle doesn’t last, a royal biographer has claimed.Prince Harry moved to California and started a new life with his wife and their son Archie last year after they decided to step back from their roles as working members of the royal family. The couple’s relationship is going strong, and they welcomed their second child, daughter Lilibet, in June.

Lady Colin Campbell, the author of books such as “Diana in Private” and “Meghan and Harry: The Real Story” and a longtime critic of Markle, recently shared her speculations on the couple’s future during a Q&A she posted on her YouTube channel.When asked if she believes Prince Harry would return to the U.K. and be welcomed back by the royal family if “Meghan dumps him,” the 72-year-old author claimed, “All families have black sheep, and the public face of a family is to incorporate the black sheep. Insofar as it is possible back into the fold — trust never.”

“It’s hard to see how [Harry] would ever be comfortable around them living here,” she continued. “But their great fear has been for some time that if things don’t work out Harry might commit suicide, and that they don’t want under any circumstances. So, would they allow him back? I suspect the answer is ‘yes.'” She later added, “It’s almost certain that it is yes.” Ford Recalls Bronco Sports, Escapes Over Brake Performance Issues

Campbell also answered a question about the “newfound knowledge” that Prince Harry may have learned from Markle about the operation of “resourceful” charities.”The problem with some of the lessons Harry has learned from Meghan, including with the operation of charities and the commercialization of the dignity of being a royal, is that it is incompatible with being a proper royal,” she claimed. “That is a recipe for distrust.”
more:Meghan Markle’s 7 biggest haters And Reason She Is Hated By Them.

Campbell added, “Prince William is the one who dismantled the fab four because he did not approve of the way Meghan was behaving. If he did that then, believe me, he’s not going to be throwing her his crown.”This is not the first time Campbell has speculated about Prince Harry and Markle’s relationship. She previously told Page Six that if the duke were to ever consider returning to the royal family officially, “London would act polite. Be received politely. Treated with respect. The Establishment, however, will treat him as a pariah.”

However, royal reporters Omid Scobie and Carolyn Durand wrote in a new epilogue in their biography on the couple, “Finding Freedom,” that neither Prince Harry nor Markle “have any regrets about the decisions they have made” since quitting royal duties.Markle “is ‘proud’ to see how far she has come and what she and Harry have been able to build in the brief twelve months of their new financially independent lives,” the authors quoted anonymous friends of the duchess as saying.
more:Prince William Still ‘Very Bitter, Very Hurt’ Over Prince Harry’s…. 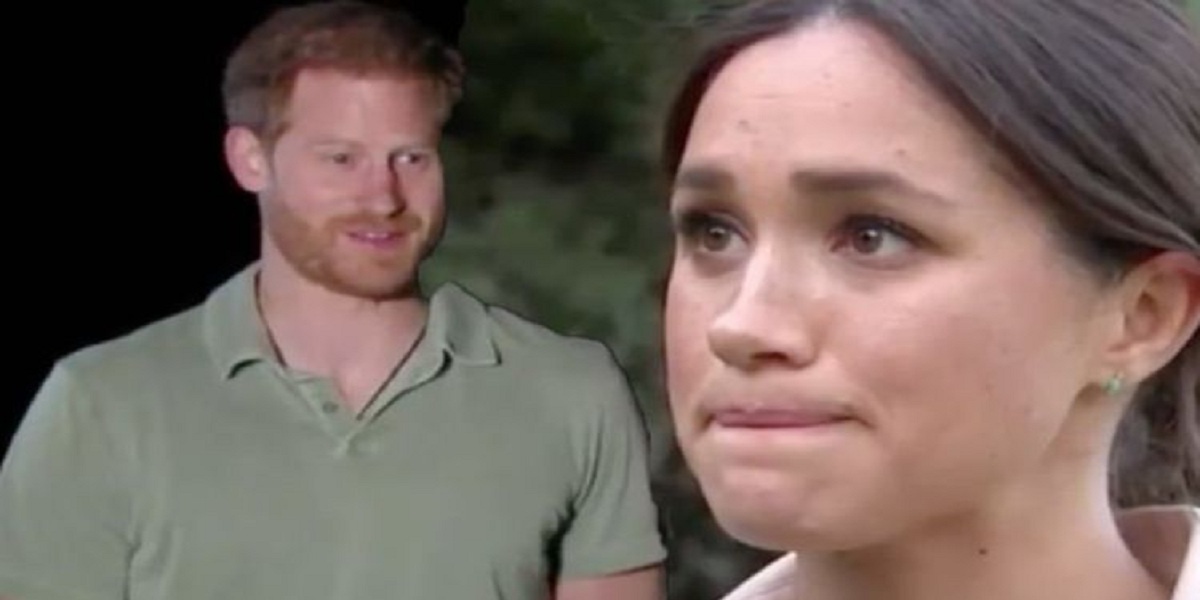 In May, the couple celebrated their third wedding anniversary. They used the special occasion to announce a new philanthropic project from their Archewell Foundation in partnership with World Central Kitchen: a Community Relief Center in Mumbai, India.According to a statement released on their foundation’s website, the relief centers they’re building would serve as “emergency response kitchens or vaccination sites” during crises and “food distribution hubs, schools, clinics or community gathering spaces for families” during “calmer times.”
more:The secret Reason Why Queen Elizabeth Triggered Prince Harry And Meghan Markle’s Royal Exit.