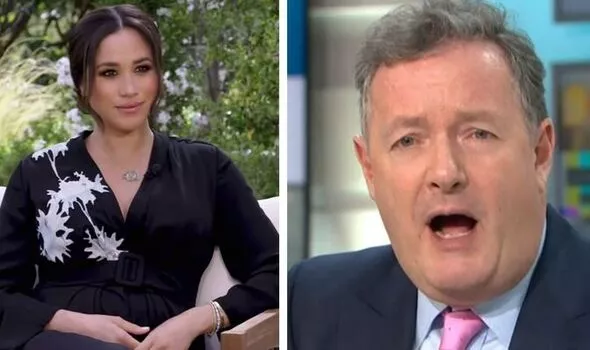 Last year, Piers Morgan denounced Meghan Markle’s TV interview with Oprah Winfrey, during which she gave her version of events on why she decided to turn her back on working life in the British royal family alongside husband Prince Harry. Now living full time in the USA with the Duke of Sussex, she claimed she had been unable to leave the house for four months and had suffered poor mental health after an unnamed member of the Royal Family questioned her on how dark her unborn baby’s skin would be.

The 56-year-old then candidly added: “I still don’t.” Piers was cleared by Ofcom after his insistence that he thought Meghan’s account of experiencing suicidal thoughts and racism while she was a working royal was untrue. The defiant presenter has since asked Meghan to be the first guest on his Talk TV show, after switching channels over the scandal. 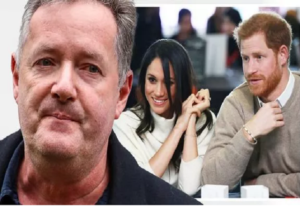 Telling Sky News Australia that the show was “a platform for free speech and democratic debate”, he declared that he wanted “people to come on and have their own opinion without being shamed and cancelled – because that’s the way back for society”. Meghan is yet to comment on his invitation, after her original complaint to Ofcom that he had trivialised the struggles of those suffering with mental health issues.

Followers took to Twitter to give their own opinions on Piers’ refusal to believe Meghan’s story. @EgoEire agreed: “Apart from Americans, I don’t think anyone does!” Meanwhile, @Tilly5001 said her loyalties lay firmly with the Royal Family, insisting: “Every time I see an image of that chat show it reminds me of how desperately ill Prince Philip was, and how alone and worried The Queen must have felt whilst he was in hospital.”

@sparkyscott chimed in: “Can’t believe some people still support her….If you hadn’t made a stand and called her out who knows what else could have been stated as “TRUTH”.” @ColemanPhilippa chimed in: “I don’t blame Piers at all for never forgiving or forgetting.” @jobsta seemed to feel sympathetic towards Meghan, stating: “I believe the Royals could have done more to transition her into the role.”

@klotemplestone pointed out that, no matter what had taken place, there was “still no justification for racism”. However, @jkenny64 felt it was time to move on, telling Piers: “She lives rent free in your head!” 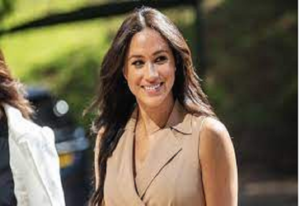 The now-infamous Oprah interview had divided the nation at the time that it was aired, with some passionately disbelieving Meghan’s account, like Piers, and others accusing the Royal Family of being a racist institution.

Piers contested the Duchess of Sussex’s claims during the interview that she “didn’t see a solution [and] didn’t want to be alive anymore”, while addressing comments relating to “concerns… about how dark [my baby’s] skin might be”.

Though it seems unlikely that Meghan will join Piers on his new TV show, the former still sees his new role as a victory for freedom of speech.