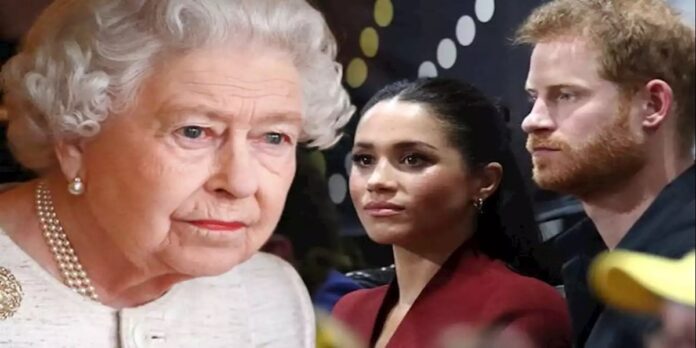 It looks like the Queen would like the Sussex family to come back to the United Kingdom soon—as in later this summer, soon.

The Queen has reportedly invited Prince Harry, Meghan Markle, and their two kids, Archie and Lilibet, to visit her in Balmoral, where she travels every summer. This comes straight from a source at the Scottish residence, who told told The Sun on Sunday, “Staff have been told to expect the full list of royals including Harry, Meghan and their children Archie and Lilibet.

While some royal fans/news sources see this gesture as the Queen extending an olive branch to the Sussexes amid their ongoing drama with the rest of the royal fam, the Daily Mail also reports that “it is claimed that the Sussexes would not spend time with other royals such as Charles and William” during the visit. So, you know, don’t get your hopes *too* high for a full-on royal reconciliation if the Balmoral trip happens.

And, for the record, it sounds like that’s a pretty big “if.” Although the Balmoral source says the staff there “are preparing for the Sussexes,” another royal source reportedly said they “would be stunned if they did turn up.” And just a big 😳😳😳 to that.

Whether the Sussexes accept the invite or not, we honestly welcome any royal news that starts buzz about an olive branch. And, since Harry, Meghan, and their kids reportedly had a super-short, barely-15-minute-long meeting with the Queen during their June visit for the Platinum Jubilee, we also very much welcome even the possibility of plans for more face time for this group. And we may or may not be low-key manifesting an official portrait of the Queen and little Lilibet until further notice (or at least until the end of the Queen’s Balmoral holiday).