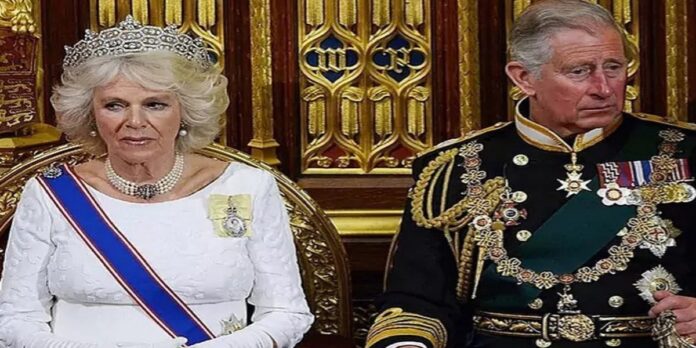 King Charles III has four women who may have massive influence in the royal decisions.King Charles III is the first to lead a generation of men who will be at the helm of the crown, however, they are surrounded by women, from the Queen Consort to his sister and even her daughter-in-law will play an integral part in the family and many are wondering how is their relationship with the crown?
Starting with Camilla, Queen Consort

Camilla has been under extreme scrutiny ever since their relationship began, due to the circumstances she had to endure all and everything, and we were able to see that she does not have a hot temper, as the newly appointed King.

In the famous scene where King Charles III lost his patience with a leaky pen and said “Can’t bear this bloody thing, every stinking time,” Camilla was seen as calm, cool, and collected, she simply signed the visitor’s book with a new pen unbothered.
Thou Shalt Not Whine

Tina Brown who is the ‘Palace Papers’ writer mentioned that she thought she was stoic and had a great sense of humor “if Camilla’s family had a motto, it would have been “Thou Shalt Not Whine.”

“Talk about bad press,” she said “She’s been called everything from a hag to horse-face to a witch. She’s had the most appalling things said about her but she never complains.”

A royal source spoke to The Telegraph and said that “I think there is a sense that behind the scenes, it’s largely the Queen Consort who is running the show, She makes a lot more decisions than people think, especially with [former aide] Michael Fawcett out of the picture.”
Catherine Middleton, Princess of Wales

According to Brown, the new Princess of Wales could be the most powerful woman in the royal family “The monarchy is on the slim shoulders of the former Kate Middleton, It all rests on her right now. If for any reason, she thought like Meghan ‘I’m out of here, I can do much better,’ it would be a disaster.”

“It would I think crumble at the moment without her because she’s the only modern beautiful woman who’s well educated, substantial in herself who’s actually wanting to commit herself to the rigors of this institution,” she elaborated “Not many young women could do that.”

King Charles III’s sister Princess Anne are only two years apart and they have had a great relationship since they were children especially when their royal parents were away so she’s been singled out as King Charles’ confidant.

King Charles III’s sister-in-law Sophie has been described as a person who despises scandals and she is down to earth while being happy to wave the UK flag proudly.