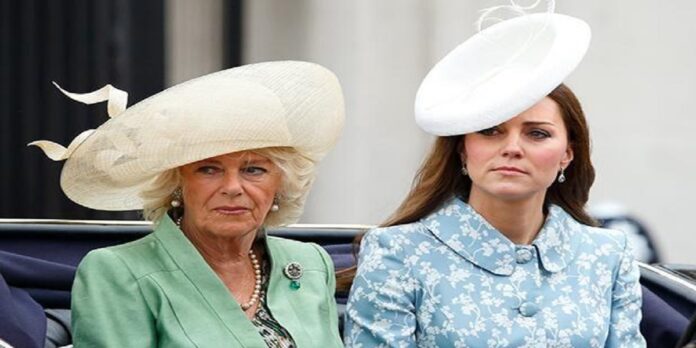 Are Camilla Parker Bowles and Kate Middleton battling for the throne? The tabloids have suggested that Camilla Parker Bowles and Kate Middleton are secretly duking it out over the crown. Though there are several complicating factors when it comes to the title of queen consort, these rumors have continued spreading like wildfire. Gossip Cop gathered a few stories we’ve investigated about the royal family.

Kate Middleton And Camilla Parker-Bowles’ Battle For The Crown In 2019, In Touch alleged that Prince William and Kate Middleton were named the next king and queen by Queen Elizabeth II. The magazine claimed that the queen didn’t think her son Prince Charles wouldn’t be right for the job, so she decided to bestow the honor on her grandson. “The queen deemed it better than William and Kate take the throne. To put it frankly, she doubted whether Prince Charles possessed the right personality traits to take on the crown. It’s important to the queen for her successor to be popular,” a supposed palace insider revealed. 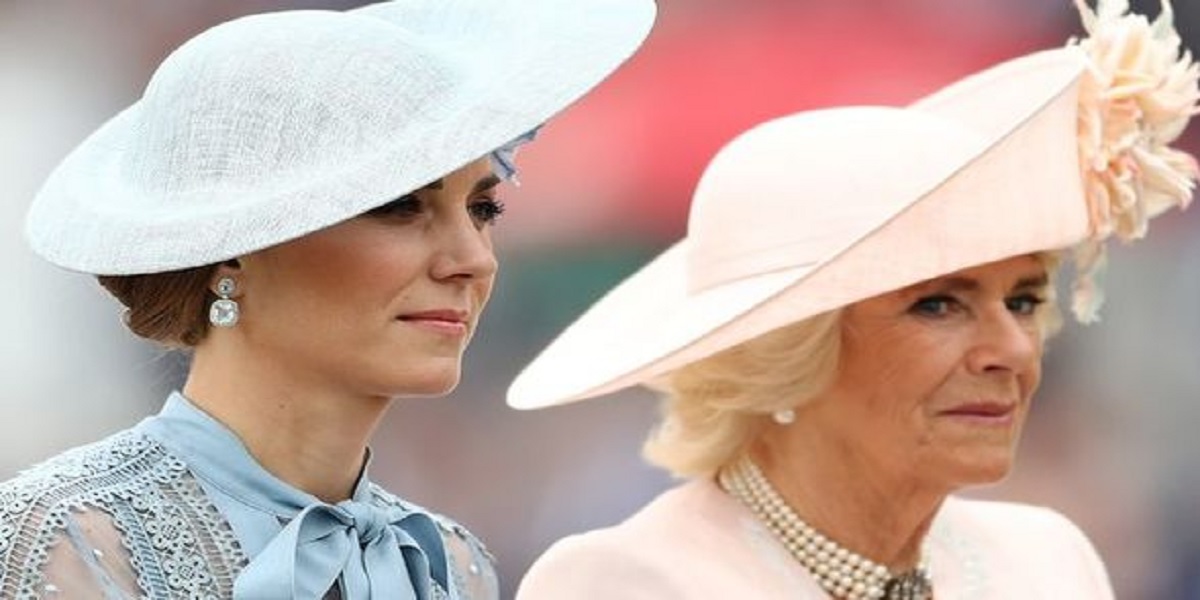 The insider also said that there would be a $1 billion televised coronation at Westminster Abbey in the summer of 2020. Obviously, it never took place. Additionally, Gossip Cop clarified that the whole story was inaccurate since the queen doesn’t have the power to change the order of succession in the first place, which is a narrative the tabloids have recycled time and time again.

Queen Elizabeth Chose Kate Middleton?Last May, New Idea reported that Parker Bowles and Middleton were “fighting for the throne.” According to the tabloid, Parker Bowles was trying to prove herself to the queen that she was the right choice for queen consort. A “royal insider” claimed that the Duchess of Cornwall was upset William and Middleton have stepped up and stolen the spotlight from Prince Charles and Parker Bowles in the wake of the coronavirus pandemic. However, Gossip Cop once again clarified that the queen never made Kate Middleton and Prince William the next-in-line for the throne. Also, Camilla Parker Bowles won’t be named queen, nor queen consort when Prince Charles does ascend to the throne.

Royal Feud: Camilla Vs. Kate:Months later, In Touch alleged that Camilla Parker Bowles worried Kate Middleton would become queen instead of her. The magazine rehashed the familiar tale by claiming that Parker and Middleton were battling it out for the throne again, but Parker Bowles was “taking drastic measures to outdo Kate and prove that she’s a better candidate for the role.” Gossip Cop explained this was a common trope by the tabloids and that none of it was true.

Kate Middleton And Camilla Parker Bowles’ Feud Continues:Last November, the National Enquirer asserted that Middleton and Parker Bowles feuded over who would become the next queen. The paper argued that Parker Bowles was making “life miserable for her already stressed out daughter-in-law.” An insider further detailed that the Duchess of Cambridge “couldn’t work out what she’s done to deserve the attack, but she must know deep down that Camilla saw her as a huge threat.” Honestly, Gossip Cop didn’t know which was worse: the tired narrative or the story itself. None one in the royal family has the power to change the line of succession.