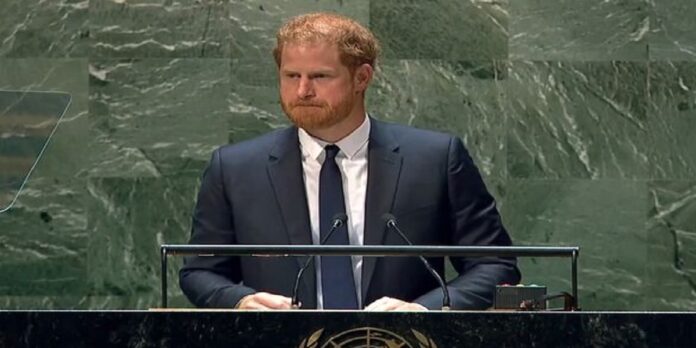 Prince Harry and Meghan Markle dealt with a major bout of humiliation with his UN setback.

In his appearance on The Morning Show, he claimed, “It was a very informal gathering. It was basically turn up if you like.”

“Clearly a lot of people chose to not turn up. There were a lot of empty seats. They could have brought in the seat fillers just to fill those seats.”

He also added, “Netflix was obviously filming all this because they want to include this in the upcoming Harry and Meghan show.”

“In fact, it’s become quite a funny meme where you see what they thought it was going to be and what it actually became. All those empty seats.”