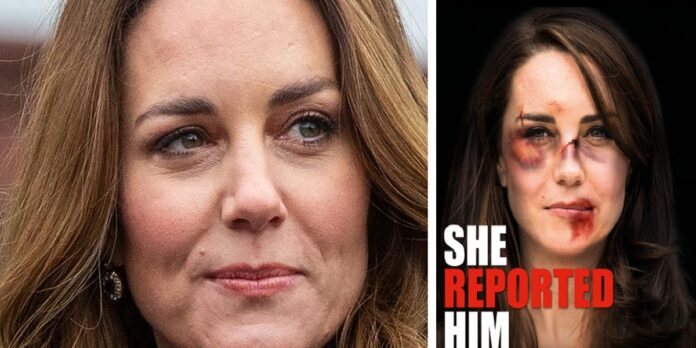 They are accompanied by harrowing captions and feature alongside images of a number of other well known women.Red and white font over each of the images reads: “She reported him.“But nobody believed her – but she was left alone.
“But she was not protected – but he was not stopped.”
A bold red bar at the bottom adds: “But she was killed anyway.”
It is understood Kensington Palace was not approached about the images. 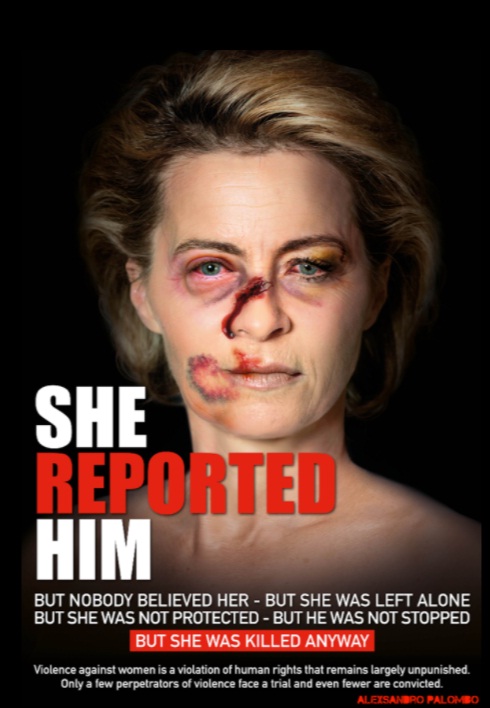 Kate is one of a number of women pictured in the campaign, including US Vice President Kamala Harris, Queen Letizia of Spain and European Commission chief Ursula von der Leyen.The women are each covered in blood and bruising with cuts across their lips, eyes and cheeks.It’s understood their images are intended to visually shock – rather than suggest any of the photoshopped celebs are victims of domestic violence themselves.
more:Prince Harry: ‘I lost my mother and now I watch my wife falling victim to the same powerful forces’ 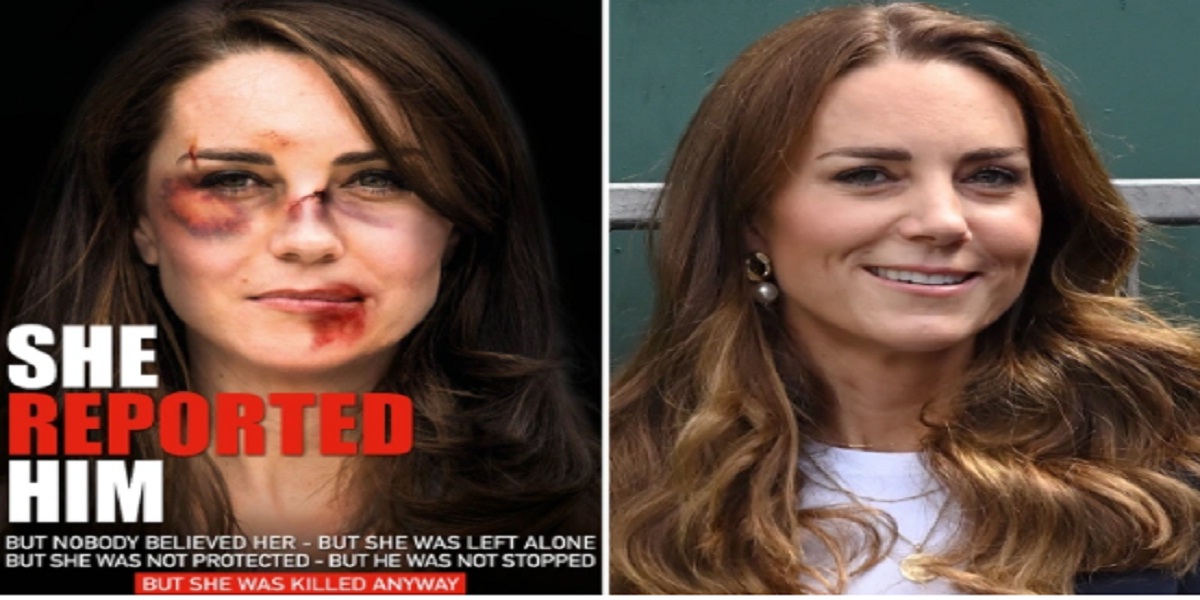 AleXsandro Palombo said he wants the images to “draw attention to the poor responses from politics regarding the problem of gender-based violence” and highlight the “ineffectiveness of the support and protection system to the victims”.Writing alongside the images on Instagram, he said: “Why should a woman report the violence if after the report she is not protected by the institutions and ends up being killed anyway?
more:Meghan Markle’s Father Spill ‘Embarrassing’ Secrets About His Daughter

“How can a woman victim of abuse and violence still have faith in the institutions?”