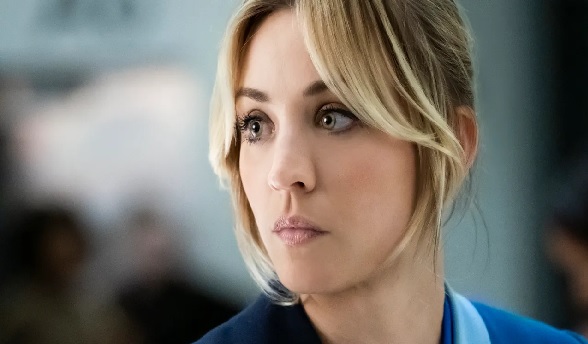 Kaley Cuoco has found a lot of success in her professional career, but has not been as lucky in her personal life in recent years. She’s become a household name, thanks to her portrayal as Penny on the CBS sitcom “The Big Bang Theory” and is one of the highest-paid actors due to the show’s massive popularity, according to Newsweek. But she’s also dealt with a lot of heartbreak, which includes Cuoco’s two divorces from her ex-husbands Ryan Sweeting and Karl Cook. She admitted to Variety that she got married to her first husband Sweeting “in, like six seconds.” When asked about her success on “The Big Bang Theory,” she added, “Oh, my God, I don’t remember my life before this show! And I went through a divorce on the show.”

That said, it seems like Cuoco’s fanbase is eager to see her move on — despite all of her heartache — with someone else that also played a huge role in her past. And for those who have been paying attention to all of the shenanigans among Sheldon, Leonard, Howard, and the rest of the gang, this shouldn’t come as a surprise at all.

Should Kaley Cuoco reunite with her Big Bang Theory ex? According to a new survey conducted by Nicki Swift, people seem to be split as to who Kaley Cuoco should date next. Surprisingly, 28.57% of the 602 respondents said that Cuoco should consider rekindling her romance with her former “The Big Bang Theory” co-star and ex, Johnny Galecki. Even though they initially broke up back in 2009, they’ve maintained their friendship throughout the years.

While on the “Armchair Expert” podcast in 2020, Cuoco said (via Us Weekly), “When we did the pilot, I was crushing so hard on Galecki, but he had a girlfriend.” However, eventually, she landed her crush. She recalled, “We got together and just fell mad for each other for two years, but then we broke up. Luckily, Johnny and I came out of it so brilliantly and we’re closer today than we ever were.” In second place, 24.92% of those polled said Cuoco should try to reconnect with someone else from her past: Hollywood actor Henry Cavill. For those who can’t recall, Cuoco and Cavill had a brief relationship back during summer 2013. But when asked about their relationship and whether or not Cavill, best known for his role as “Superman,” is “really made of steel” while on “Watch What Happens Live,” Cuoco tried to evade the question. She replied (via People), “Oh my God. I don’t know. I never say, ‘I don’t know’ — I always have an answer — but I don’t know. Luckily, there are more potential suitors that might be on Cuoco’s list.

Following Johnny Galecki and Henry Cavill, 24.09% of respondents in Nicki Swift’s survey thought Kaley Cuoco should slide into Pete Davidson’s DMs, as the kids say. But that might be a little hard, seeing how Davidson is currently dating Kim Kardashian. Still, Davidson and Cuoco are apparently “close” pals, per E! News, as they’re starring in a rom-com called “Meet Cute” together. Another 12.62% said Cuoco should date musician Bret Bollinger, while another 9.80% responded by saying she should spend some time with actor Al Santos.

Now as far as Cuoco is concerned, it seems like she hasn’t given up on love, despite her checkered past in that department. In an interview with Cosmopolitan in 2018 before she married her second husband Karl Cook, she said, “I honestly thought I wouldn’t get married again. My ex ruined that word for me. I married someone the first time who completely changed. The person I ended up with was not the person I originally met. And that wasn’t my fault — that was his.”

Sometimes you just have to give it a second, third, or even fourth try before getting it right. At least that could be part of Cuoco’s big bang love theory.