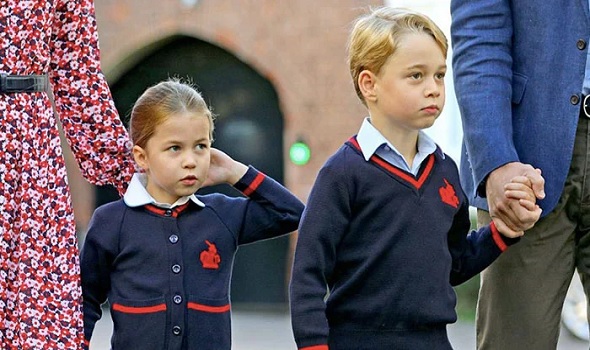 Prince George is expected to change schools, outside of London, because of his younger sister Princess Charlotte, as per a royal expert. Amid recent reports of Prince William and Kate Middleton wanting to move out, they are expected to move their eight-year-old son from London St. Thomas Battersea school to a new option in Berkshire, which happens to be where Kate’s parents Michael and Carole Middleton live.

However, royal expert Duncan Larcombe spoke to OK! Magazine and shared that the shift in schools may be due to a long standing royal tradition. The royal commentator said: “William and Harry broke the mould by going to the same school, but if you look at The Queen’s children, they were all schooled separately.

“And, of course, William and Harry wouldn’t have gone to the same school if one of them was a girl. “Kate had a traditional co-ed education but it seems to be almost par for the course with the royals that they don’t pile all of their children into the same school.”