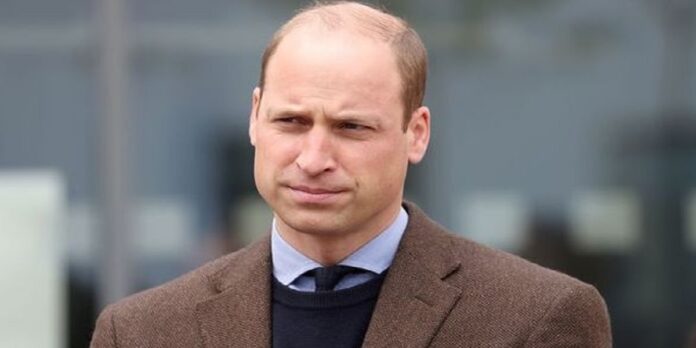 PRINCE WILLIAM has issued a heartbreaking plea for “swift justice”, saying he was “deeply saddened” by the death of wildlife ranger Anton Mzimba.

Writing on Twitter, Prince William wrote: “I’m deeply saddened to learn of the killing of Anton Mzimba who I spoke to in November. “Committed and brave, rangers like Anton are central to the conservation of Africa’s fantastic wildlife. Those responsible must swiftly be brought to justice.”

He added: “My thoughts are with his family. W”

Mr Mzimba was shot and killed outside his home last night, according to conservation group Helping Rhinos.

Sharing an update on Twitter, they said: “Head of Ranger at Timbavati, Anton Mzimba, was shot and killed outside of his home last night.

“Our deepest condolences to Anton’s loved ones and co-workers at this difficult time”.

Prince William is a keen conservationist, having collaborated on a number of occasions with WildAid to issue campaigns promoting rhino, shark, and elephant conservation.

He has embarked on a number of major environmental campaigns, including the Earthshot Prize, founded last year to “incentivise change and help to repair our planet”.

The £50million initiative aims to fund and promote innovative ways to repair the planet by awarding five, £1million prizes each year for the next ten years.

The future king’s goal is to provide at least 50 solutions to the world’s biggest environmental problems by 2030.

The royal is also patron of Tusk, a conservation charity that focuses on Africa.

In October 2020, he was passed on two further patronages for wildlife conservation charities Fauna & Flora International and the British Trust for Ornithology.

Kensington Palace said the two charities, which were passed onto William by the Queen and the Duke of Edinburgh, align with his “longstanding work around conservation and support for communities protecting their natural environment for future generations”.

Conservation work and climate activism are passions shared by many members of the Royal Family, with both his father Prince Charles and late grandfather Prince Philip being vocal campaigners.

William and Charles both gave speeches at last years COP26 climate summit, with the Prince of Wales calling for world leaders to approach climate change on a “war-like footing”.

He said: “We need a vast military-style campaign to marshal the strength of the global private sector, with trillions at its disposal.”

Charles described COP26 as “the last-chance saloon”, calling for “fine words” to be translated into “still finer actions”.

Speaking at the G20 Summit the previous weekend, he had said: “It is surely time to set aside our differences and grasp this unique opportunity to launch a substantial green recovery by putting the global economy on a confident, sustainable trajectory and thus save our planet.”